10 Symptoms of the Man Cold 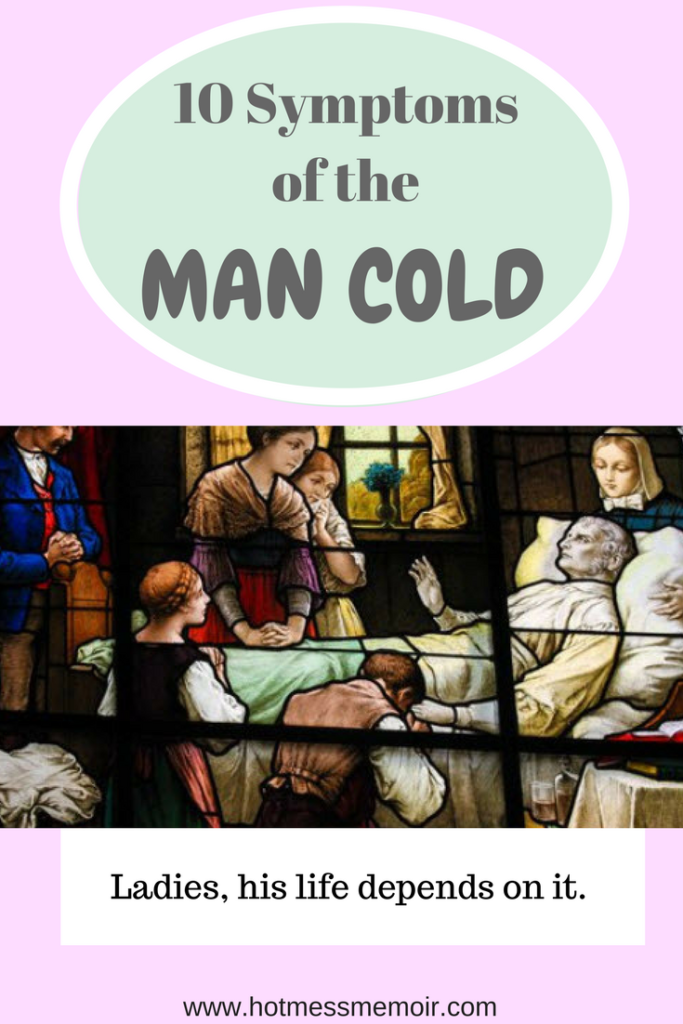 This post is dedicated to my husband. I love you and you’re king of the man colds.

My husband has caught a cold, but not just any cold, the man cold. If you’re unfamiliar with the man cold, it’s on par with SARS, AIDS, stage 4 cancer and lastly the bubonic plague.

Despite thinking everyone in the world has heard of the man cold, I need to realize some haven’t. Here is the definition, courtesy of urban dictionary:

In an effort to bring awareness to this horrible disease, I want you to be able to identify the signs of the man cold and seek treatment immediately.

10 Symptoms of the Man Cold

Did I miss any? Have you come into contact with someone with the man cold? Perhaps you yourself survived the man cold? I would love to hear your comeback story, you brave fighter you!