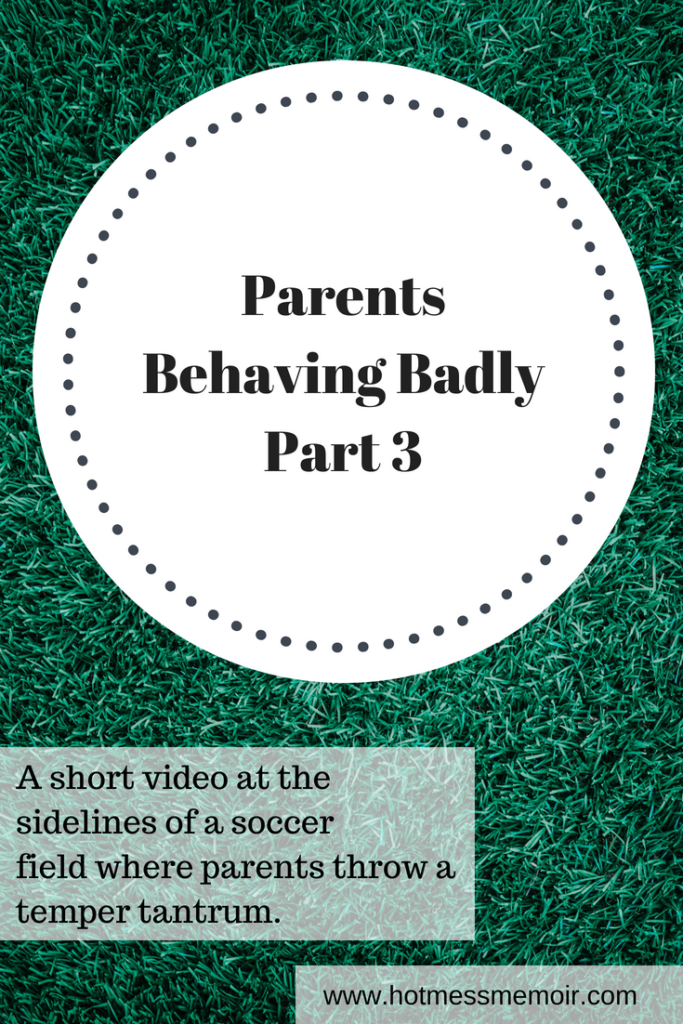 Do you ever go through a holiday and someone completely takes you by surprise and gives you the most amazing gift on Earth? That was my Mother’s Day Weekend. Sure, I had to be up on Mother’s day at the ass crack of dawn for a soccer game, but the day before gave us what only could be described as magical.

Hot Mess, why do you say magical?

I say magical because of the entertaining parents from the opposing team. It’s so bad, that they have a nickname, “Savages”, and I would say this is on point.

I haven’t posted in a few days because we were in Cincinnati all weekend for soccer and I’m trying to teach myself video editing for stuff like this. Now, when the lady walks onto the field, she is standing next to my son. Make sure the video is in full screen so you can see his priceless reaction!

So after the women (yes, there was more than one), the soccer ball was accidentally kicked over the fence. Her next move was to announce that she was kicked out and couldn’t help us. Classy.

After the game (which we won), one of the dads proceeded to converse with one of these ladies. She then followed him out to the parking lot commenting on his age and insulting him left and right. I think my friend said they drove by her, waving and said the following,

Now, let’s all pray to the baby Jesus, teenage Jesus and bearded Jesus that there are many, many more opportunities like this past weekend, to capture imbeciles at their kids’ soccer games!