Getting to Know You Health Kids Parenting Ridiculousness

How to be a Decent Human Being- Communicating 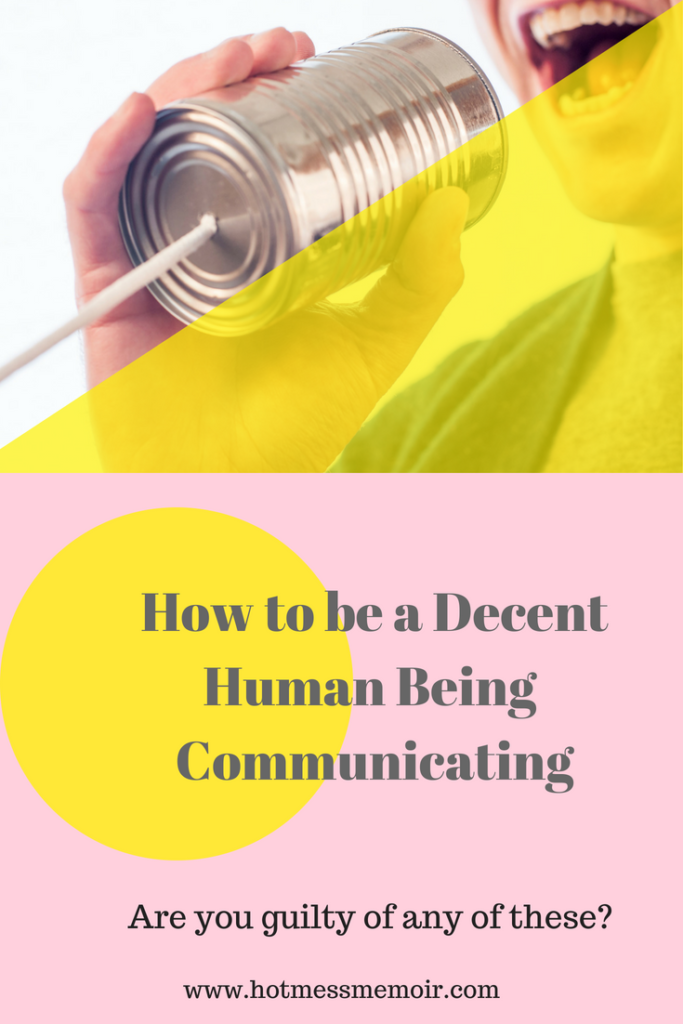 How much does poor communication cause issues in your life? Can you count on one hand or need 500 hands to count the number of times you’ve waited and waited for an answer, only to never get it or get what you deem the wrong one?

How to be a Decent Human Being- Communicating

Don’t Worry About It

I remember as a child I would ask questions because I was curious. Sure, there was that one time I asked my parents’ friend Aunt Mary, what Lea Thompson pulled out of Howard the Duck’s wallet (a condom). Aunt Mary paused for a moment and told me to ask my parents. I never did. The babysitters I couldn’t stand were the ass holes that were too lazy to explain stuff to me. I’d ask, “why doesn’t the kitty have claws?” And they would respond, “don’t worry about it.” Now, if I could go back in my little 6-year-old body as a 41-year-old woman, I’d respond in the following manner:

“Listen up ass hole, I’m not worrying about the stupid kitten. In fact, I’m a dog person. If I were worried about the cat I would have said I’m worried about the cat, but I’m not. Felix is obviously well-taken care of given his owner has a sweatshirt with his picture on it. Now, I’ll ask you again, why does the f’ing kitty not have claws?”

All I’m saying is if a kid asks you a question, do your best to answer it or find out the answer. This is how they learn.

If you apply and accept a role as an HR person that is in charge of recruiting people, I can’t stress this enough: DON’T LEAVE A CANDIDATE HANGING! That is like the worst feeling in the world! Additionally after an interview, make sure you get feedback from the hiring managers. When a candidate calls you for feedback, don’t take the easy way out and respond “they thought you did great but they went in a different direction” If I had a nickle…..

What I’m about to say applies to about 99.999999% of everyone reading this. The information you have, that you are withholding from someone will not end humanity. The glaciers will not suddenly break off at an alarming rate because you told me how it’s decided on if a kid gets into the gifted program or not. Now before the trolls of the internet comment below that sometimes you have to withhold information, I get it. I’m talking about the spazs of the world who withhold information because they think it’s a matter of national security. In reality, it’s just a matter of someone who put their 2 week notice in. There’s a reason the terms “on the down-low” or “off record” were invented.

This is inspired by my friend who is being driven absolutely batty right now because she can’t get a concrete answer on something. I don’t like to see friends suffer. This kinda falls into the same bucket as HR. If you are in charge of making a decision or getting the decision made, then notifying that person, you have to understand it may not be a big deal to you. But it’s a huge deal to the person waiting.

Allow me to offer you a horrible comparison. I spent 13 hours in labor for my first-born. For 12.75 of those hours, the doctor was M.I.A. 15 minutes before P popped out, the doc rolls in as if she was coming off her lunch break, did her job then left.

I was expecting her to be there the entire time, whispering words of encouragement and doing I don’t know? Doctor stuff? And when P made his way into the world, I wanted her to lift him up (umbilical cord cut of course or maybe it stretches like a telephone cord??) like Rafiki did Simba. 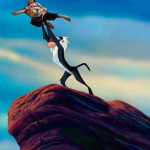 The Circle of Life

What I’m getting at is though it’s not a big deal for you, it is to others.