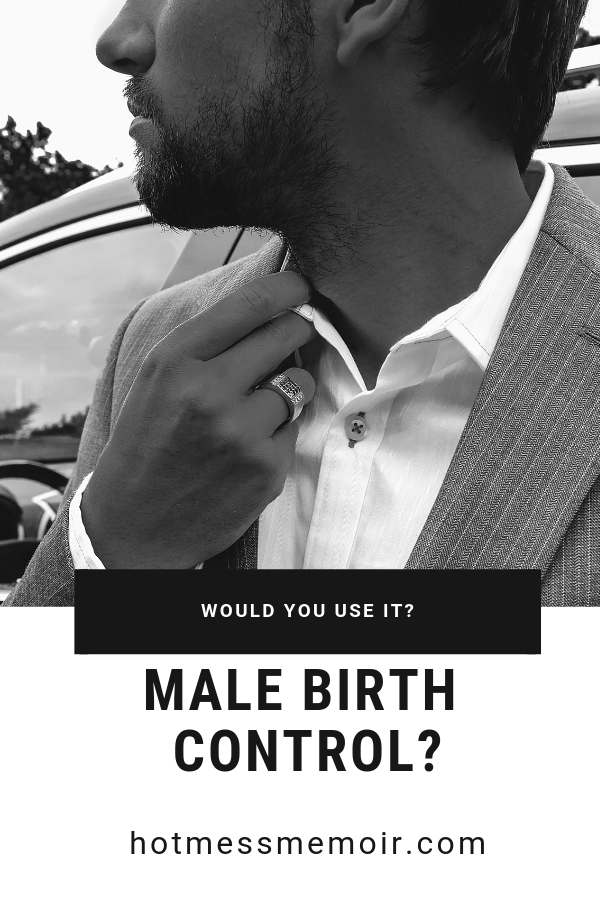 As I got ready in my hotel room this morning, I had the news on for background noise. A story caused my ears to perk up: A team of scientist passed human safety tests in a 28-day trial of a male birth control pill. They also boasted that during this 28-day trial, none of the guys dropped out from side-effects.

At first I was confused. Had men started giving birth and this was a thing now? I had heard of one guy getting a sex-change operation and he was considered the first male to give birth. I don’t know if I got that right. Not considering condoms, it never dawned on me that in the future, guys could be in charge of birth control.

But is male birth control a good idea?

‘Hope Amy’s been taking her pill. We’ve been going at it like rabbits!’

I won’t bore you with the science behind this medical breakthrough. Just know its super boring and lost my attention after the first 2 sentences. What I will tell you is there are side effects, including:

And I swear to God, if they don’t continue with this pill because of the above side effects, I will absolutely loose my shit! All the above is just a typical day for any woman on birth control. If we can handle it, so can men.

What’s funny is 3 of the men who were on a placebo pill, had some side-effect complaints. You know what that is? That’s good old fashion man cold.

As a teen, I had a friend who went to Planned Parenthood for birth control. You had to go down the stairs to a seedy doctors office that had Looney Tune pot holders on the stir-ups of the examining tables. Now would teen boys be in charge of going to Planned Parenthood for birth control? Are they going to have to get a similar test like we would have to get?

“We’ll give you the goods but only after you agree to a pap smear. No pap, no pill.”

The Future of Birth Control

And where do guys keep their birth control? Their European Man Sack? This is all very new to me. I didn’t even consider that a male birth control pill was even an option for humanity. It was if I always figured women would ALWAYS have to monitor/control birth control. I wonder if we’ll get those super cheesy drug commercials of males doing various vibrant acts while on their birth control. They’ll like meet each other in those paint and sip wine parties. Perhaps they’ll volunteer at a pet adoption event (all in somewhat slow motion of course). Or they’ll meet each other at the mall and comb through the White House Black Market store.

Do you see what I’m getting at? We are a very, very, long way from this situation. It really changes the way we think about birth control. In my mind, I have all the above scenarios (and then some), running through my brain, laughing my ass off.