Who Buys Someone a Car for Christmas? 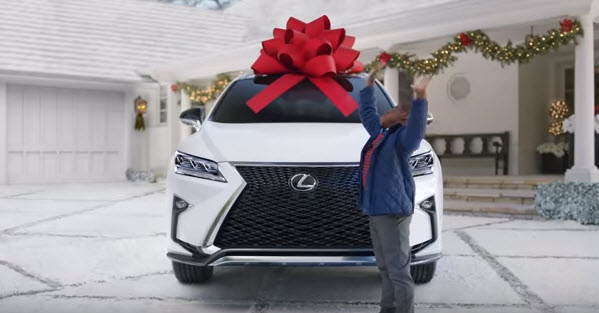 Seriously I want to ask you guys this. Have any of you ever received a brand new (not used) luxury car with a gigantic red bow on top?

So how is it without fail, Lexus, Infiniti and BMW, feature commercials of Stepford families jumping up and down in excitement, in front of their new luxury car, complete with a big red bow? I can’t even afford one of those big red bows. In what reality does this happen? In what universe do these car companies live, because I’m telling you right now, it’s not my universe. Their not even in the next universe over.

And there are 2 things that crack me up with these commercials. One, why does the entire family look like they should be on a J Crew set? I mean, we’re talking thick white, turtle neck sweaters, khakis and penny loafers. And two, at the end of each commercial they say something like, “just $899 a month for well-qualified buyers.” Which is code for, “you will never own this” or “your credit score must be 795+”.

So let me paint a picture of what big purchases look like in normal, human world. And by the way, this is a true story that occurred over the past weekend. Your’s truly has lusted over a Samsung Gear S2 watch now for about 2 weeks, to go with my newly acquired Samsung Note 8 (which I love by the way). Seeing that on sale, the gear watches are about $179, I decided to go the used route. Surely there is a decent one on Craig’s List AND as a bonus, I won’t get killed? I decided to roll the dice.

I found a black one for sale at just $80 in Dayton which is about 1.5 hours away. We had to go to Dayton this past weekend anyway for my youngest’s birthday celebration. There is a place there, called Scene 75 that makes Dave and Buster’s look like a McDonald’s playland. I text the Craig’s List seller and we agreed to meet at a Starbucks to complete the transaction.

Despite agreeing to meet at 12:30, he still wasn’t there yet.

‘Is this how he kills his victims?’ I thought as I smiled at my 2 son’s, husband and son’s friend. I was beginning to question the transaction when a big burly guy rolled in, out of breath as if he had been walking four feet.

“Yep!” I said, now excited at the prospect of getting this watch.

He pulled it out of his Nike sweatshirt pocket and presented it to me. It seemed ok and no scratches. I turned it on and connected it to my phone. After a successful test run, I was completely in love and announced,

I then looked at my husband which was code for- fork over the $80. He did and we went about our way. 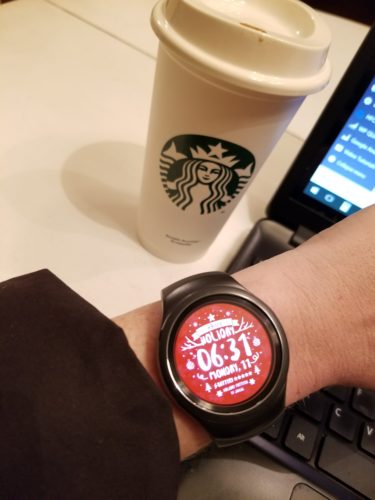 So you see car companies, 99.99999% of the population do not give each other $50,000 gifts for Christmas. I thought this would go without saying but apparently folks making 6 figures in the marketing departments, haven’t learned this lesson.