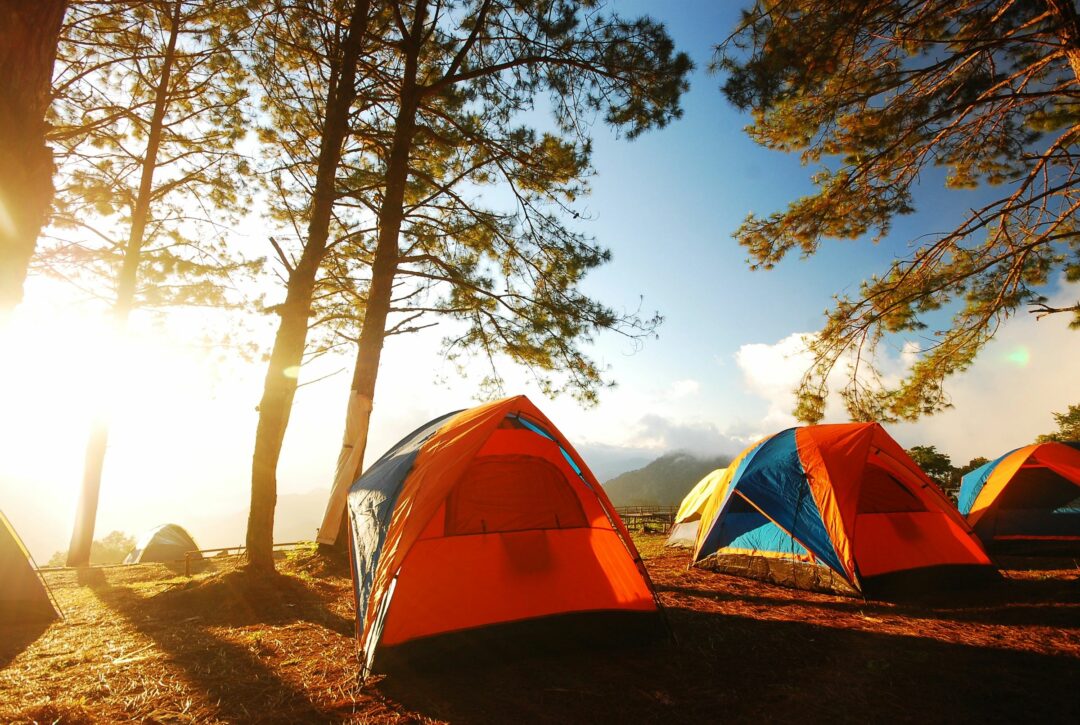 Before I tell you about Girls Weekend Part 2, I’d like to call out our wine charms for the weekend. Each little swimmer had a name on it’s ass….and it’s own little “package”. Despite looking for a swimmer named Fabio or Big Papa, I settled for Ryan. 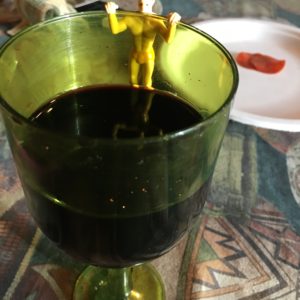 So here we are. If you want to read Part 1  of girls weekend, go for it!

The ladies decided to take a dip in the pond, just out back.

“You know what? Have fun. I’m going to just stay in the cabin and write.” I said when asked if I wanted to come along.

This was true as I’m writing a book about horrible bosses and oblivious CEO’s. If any of you have some truly hilarious stories, please email them to me! I’m compiling them now!

About 1 hour into the pond time I felt guilty for not participating and decided to make the track down, despite my severe phobia of snakes.

As I walked towards a little dock, I heard my friend yell, “Hot Mess run! Run fast!”

This scared the shit out of me and I didn’t question her guidance. I ran as fast as I could, sat down and crossed my legs. I would learn later that my friend told me to run as there were about 10 snake holes that I had just passed over. What….the…..fuck……..

Later, we decided to go to Bob’s Walmart. This was not a Walmart (thank God) but a bait and tackle shop that also offered snacks, ice and alcohol. It was faster to ride there on 4 wheelers and that is exactly what we did.

The ride was both magical and frightful. N, would ride near the side of the road, waking up the most beautiful butterfly tribes I had ever seen. 10-20 butterflies would flutter before us, yellow and black in color. It was borderline magical. Then, we would pass by flat lands with young men clearly taking breaks from meth labs and I promise you, Mr. White was not in the picture. They were walking out of their mobile homes, shirtless, covered in tattoos, fully accepting that life didn’t give them any more than this. I was scared for us and sad for them.

When we rolled up to Bob’s, a dude with no shirt but a lot of tats was sweeping. The power had gone out but the sign was still readable. Our hostess took the appropriate precautions when discovering she didn’t bring her shoes.

‘Hack my tackle shop.’ I thought. 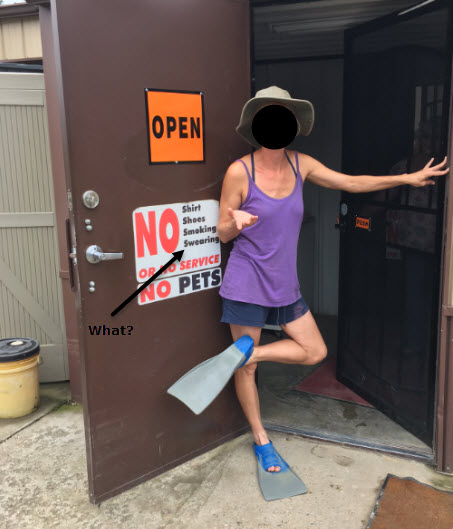 On our way home we passed tweener looking Amish kids in a buggy. I flashed them a gang sign. My son, Biggy Albino and his friends, always flash gang signs for pictures and I think it’s beyond hilarious. There all serious about it and they have no idea what they are flashing or haven’t even so much ever stepped foot in a gang territory.

By now I was having the shakes to talk to my family, blog, tweet, Facebook, pin or add something to Instagram. So I’m a child of the millennium, sue me! I love technology and embrace it. After drinking 1.5 glasses of wine I was deemed not fit to drive to where I could get internet. After assuring them I wasn’t so much as buzzed, my keys were hidden and I was still left without wi-fi (weep). I was promised to be taken up on a 4 wheeler to the top of a hill where one can get internet. 30 minutes later, I am on the back of the 4-wheeler, praying to Jesus, Allah and Buddha to not let this be my day to die.

“See, I’m probably the safest out of everyone to drive you. I just happen to go the fastest.” My host yelled over her shoulder. Just then, she ducked to avoid a tree branch that smacked me in the face.

“Sorry, I should have warned you.” She said apologetically.

What I found ironic was the other girl who accompanied us, probably could have blown a .50 Breathalyzer and was allowed to drive the 4-wheeler behind us. She also found it funny that as we are speeding through the forest, to tap our 4-wheeler a few times with hers. Let me be clear: I may be a hot mess but I am overly cautious and have 2-3 emergency scenarios always running through my head to stay alive. Lady Drunk Pants, obviously had other plans. She was just having fun and I’m just a full-blown worry wart. Put me in the country and my caution escalates to OCD levels. Eventually, I turned around and politely asked that she doesn’t tap the bumper anymore as I have almost been ejected twice from bumps in the road.

“Look, see the frogs….look, see…..” my host said, slowing down at one point to view these nightmares.

“Uh huh,” I said while thrusting my pelvis like the 4-wheeler was a horse and this would make it go again.

After 10 minutes, 50 minute in Hot Mess years, we made it to the top of the hill. The girls got off and walked so far away I couldn’t see them anymore. I would learn later that Lady Drunk Pants face planted and my host washed her face off in a puddle. A puddle they discovered too late, smelled like shit.

All be damned if I was getting off that 4-wheeler. If anything, I brought my legs up and crisscrossed them on the seat in an effort to gain additional distance between me and the ground.

“Not today satan,” I said to no one. Just then a stray turkey went walking by.

Girls Weekend- Part 3 will come tomorrow. I hope you’ll stop by to read the conclusion. Sorry this post is so long. I try to keep my posts 750 words or less. 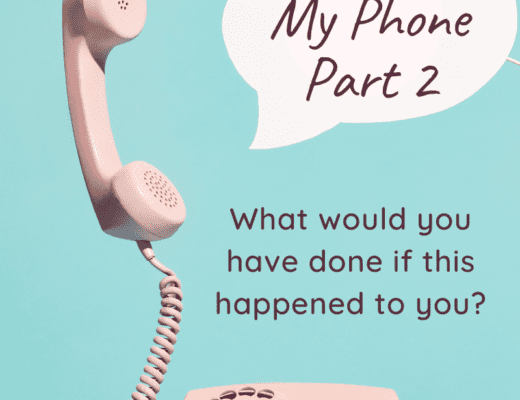 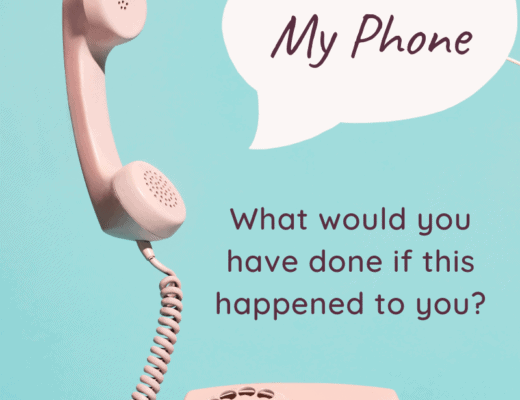 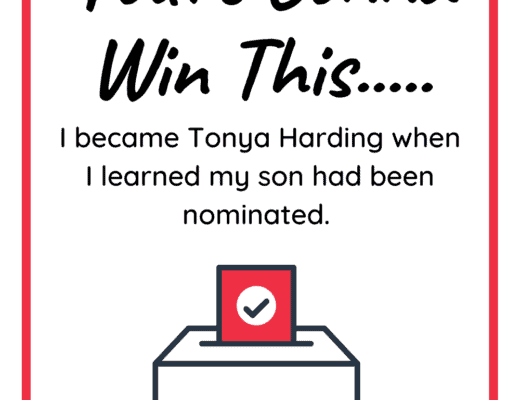