Evacuating a Cruise Ship Now Vs. Evacuating the Titanic 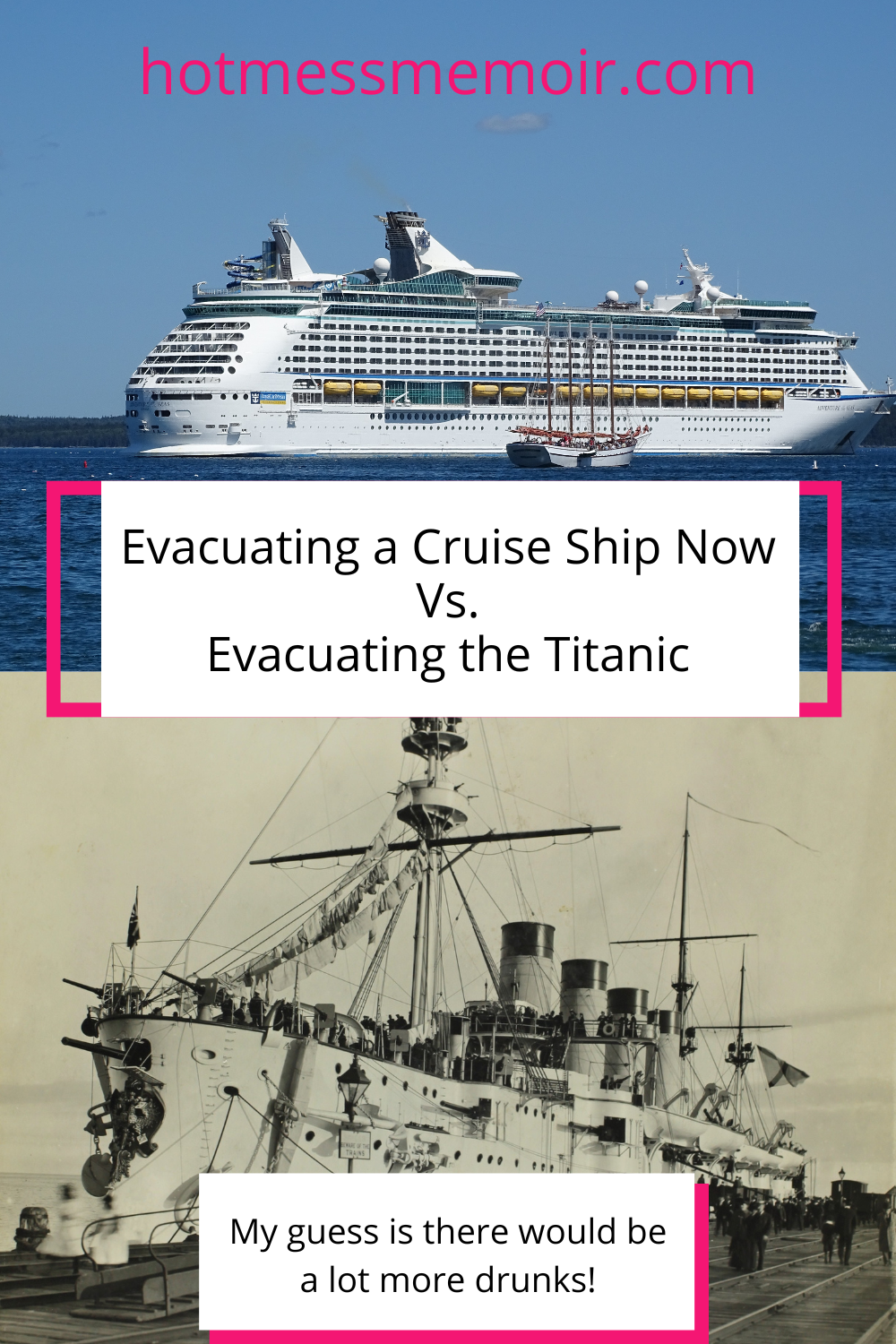 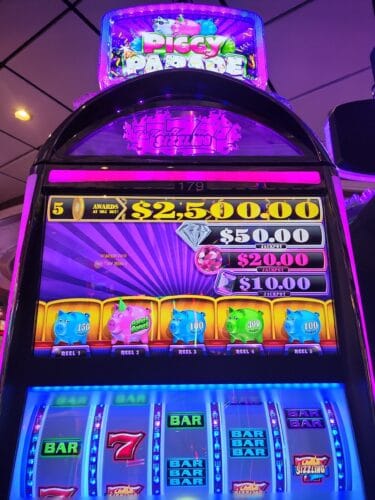 My Piggy Parade- My Favorite Game!

I’m on the Royal Caribbean Adventure of the Seas cruise right now. As I type this, the bar below is rockin’. We’ve spent the last 3 nights at that bar after I’ve blown $40 each night at the casino playing the penny and quarter slots. My favorite slot is the Piggy Parade and if you reach up and scratch the piggies, they giggle.  I don’t pretend to be a high roller and feel zero shame about it either. I proudly sit among the walkers and oxygen tanks, delighted when I win $2.50 and pissed when I triple my bet to .75 and win nothing.

If you’ve never been on a cruise before, the first thing you have to do is a safety drill. You’re assigned a location in front of a lifeboat. You stand there while the crew gives you safety information you’ll never remember. They check off you were present and you’re on your way. It’s somewhat orderly and since the bars haven’t opened yet, 95% of the passengers are sober.

So this got me thinking. What would it really look like if the boat sank in 2022? There wouldn’t be a quartet playing a melancholy melody. There wouldn’t be women in beautiful, long gowns saying farewell to their husbands one last time. There’s no Jack and Rose. Just Linda from Long Island and Bob from Buffalo. Let’s be real, it would be an absolute shit show.

What would happen if you had to get over 3,000+ passengers (many intoxicated) off a cruise ship? The ship I’m on holds 3,835 passengers and a crew of 1,185. From teenagers to grannies in motorized scooters, everyone has a drink. Many drunks are unreasonable in the best of circumstances. Now tell them they have to get on a boat the size of their stateroom with 10 other people, in the middle of the ocean and watch the shit show unfold. Here’s how I could totally see this play out. We’ll break this up by groups I’ve seen the most of.

Sara’s spending her last few days with her best buds. She’s wearing a veil the whole week and dumped her White Claw in a penis tumbler. She’s pissed at the cabin steward telling her she can’t go back to her room because she “needs her bride sash”. And her mascara runs when he also tells her in broken English that she can’t take the penis tumbler onto the lifeboat. Meanwhile, the maid of honor is crying that everything is ruined and her sister’s chain-smoking to keep her shit together.

The Complainers on a Cruise Ship 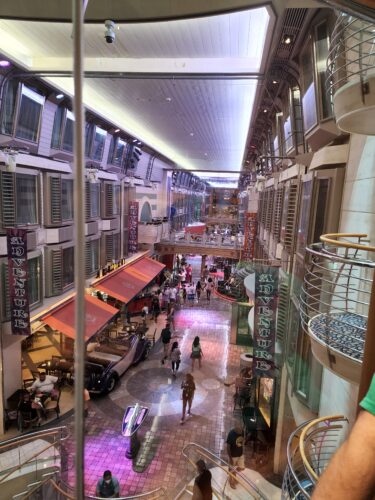 On my second day, I took my son to the gift shop located on the promenade to buy a souvenir. The resident Karen was in line, in front of us. She had made her purchase and was about to wheel her husband out in his wheelchair. This is when she felt the need to tell the man behind the desk about every other cruise she had been on and that this specific cruise needed a facelift.

‘Maybe you need a facelift,’ I thought to myself.

I wanted to tell Karen that there’s a really cool thing called the internet, specifically Google. If you type the name of your ship into the rectangle, out pops all of these reviews and pictures. Based on the information, you can decide if this cruise ship is beneath you. Given her partial mullet, I’d say it was the other way around.

These types of people will complain about the lifeboat. It’s too hot, it’s too cold. The paint is peeling. The crew is rude. They get off on bitching and I pray to God if I have to choose between the bachelorette party and the complainers, I’m going with the party.

Children are wonderful as long as they aren’t annoying me. On a rickety bus ride in Bermuda today, the two girls behind me thought it would be fun to hum along with the sound of the motor in different pitches. The parents were too oblivious to realize maybe they were annoying to everyone else. Perhaps they were dead inside. I happen to have experience with this and it happens.

When we got back to the ship, we decided to head to the restaurant with the buffet. My son had picked the perfect table, just one table away from the window showcasing the Atlantic ocean. The table next to us had a young girl. For a solid minute, she did nothing but meow. Yes, like a cat. I looked over at what seemed to be the grandparents to see if they were catching on that she wasn’t a cat but nope, just as oblivious as the bus parents. I willed her to STFU but she just kept going. Perhaps the grandparents were deaf?

I don’t want to be on a lifeboat with oblivious parents and annoying children. If we run out of food, they will be the first to be sacrificed or used as bait to catch fish, swear to God.

We went to a deck party and it was pretty lame. We went up a few decks to overlook the party and judge people. Out of the corner of my eye, I saw a couple, maybe in their 50’s. The woman swayed back and forth while the man essentially dry humped her from behind. This continued for what seemed to be an eternity. They weren’t hot and despite all my efforts willing it to stop, it didn’t. We just left the party to go gamble on Piggy Parade.

On another day, a couple walked through the promenade when the 76-pound man decided to rub the ass of his 400-pound wife. And he JUST WOULDN’T STOP. And before all the SJW comment that I shouldn’t make mention of their weight or how they find it endearing, just stop. This blog isn’t PC, it’s offensive. I just don’t want these assholes making out because I don’t need to lose precious hydration from vomiting.

All that being said, on the last day I didn’t want to get off the ship. In fact, I secretly wished that the boat would run out of gas. Not long enough for anyone to die but long enough to have another full day. I was confident they had enough food and alcohol left to feed our fat asses. I just didn’t want to leave I had so much fun.