Black Friday, Like the Purge But With Less Deaths 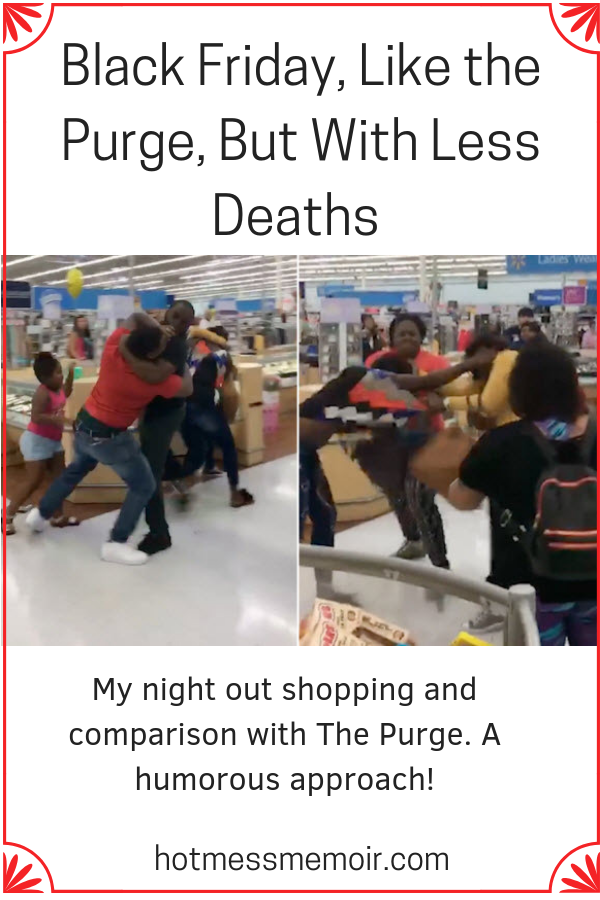 Do you know there’s an actual website that counts the deaths and injuries that occur on Black Friday? Since 2006, they’ve given an overall total and listed how the death or injury occurred. It didn’t help matters that last night, a black cat darted out in front of my car before shopping. Thanks a lot ass hole.

I’ve deduced that Black Friday is like The Purge in these ways:

We did come across some interesting characters while shopping. I had to either take their pic or have one taken with them:

What is up with these Christmas suits, btw?

Wal-Mart is my own personal hell yet it was a necessary evil. We are remodeling our basement and according to my husband and sons, sticking anything under a 60″ television down there is on par with life in a 3rd world country. In fact, they feel so strongly about this piece of technology, that they have devised a plan to hang not 1 but 2, 60″ televisions on top of each other. Considering a soccer ball is kicked between my feet on a daily basis by any of the 3, how long until a soccer ball hits and cracks the bottom tv, ya think?

But what do I know? Sorry, I digress. 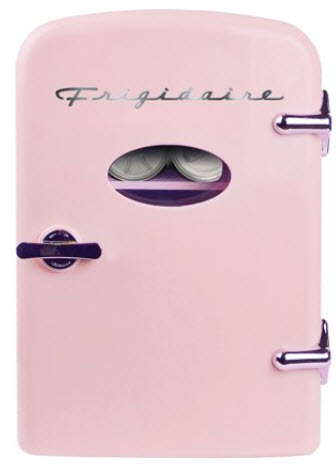 Long story short, my husband scored a 65″ tv for just $400! I bought this adorable little mini fridge for my cube at work for just $20.

I’m afraid to report I didn’t get an pictures of Wal-Mart shoppers as Black Friday Wal-Mart shoppers are a different breed and they would have probably kicked my ass if caught. Granted, I was technically a Wal-Mart shopper but I’m talking about the granny in a wife beater, that had her tongue pierced. Then there was a parent who thought bringing a newborn baby to Wal-Mart on Thanksgiving evening was a good idea.

Once inside Target, we came across 5 women who all made sweatshirts. On the back of each sweatshirt was a hashtag and their role in tonight’s shenanigans. So for example, there was one that said #prisoner. Obviously she didn’t want to be there. Another woman’s sweatshirt read #bodygaurd. Obviously a gift idea for the bodyguard would be a dictionary.

In a high crime area, I proceeded to leave my friend’s minivan door wide open while we shopped for an hour. It was the equivalent of $5,000 of merchandise and electronics that could have been stolen. Thank God, no one noticed.

We also went to Dick’s and Kohl’s. At 12:30, we were broken women and decided to go home. And I’ll leave you guys with this thought: for anyone out there that professes,

“I just can’t do Black Friday” or “I’m just not the type to fight the crowds and it’s not even worth it”. I can’t stand the people who act like Black Friday is beneath them. Unless your rich, you’re leaving money on the table. Sure, it sucks but aren’t our loved ones worth it?