Mother Nature is a Real A** Hole Today 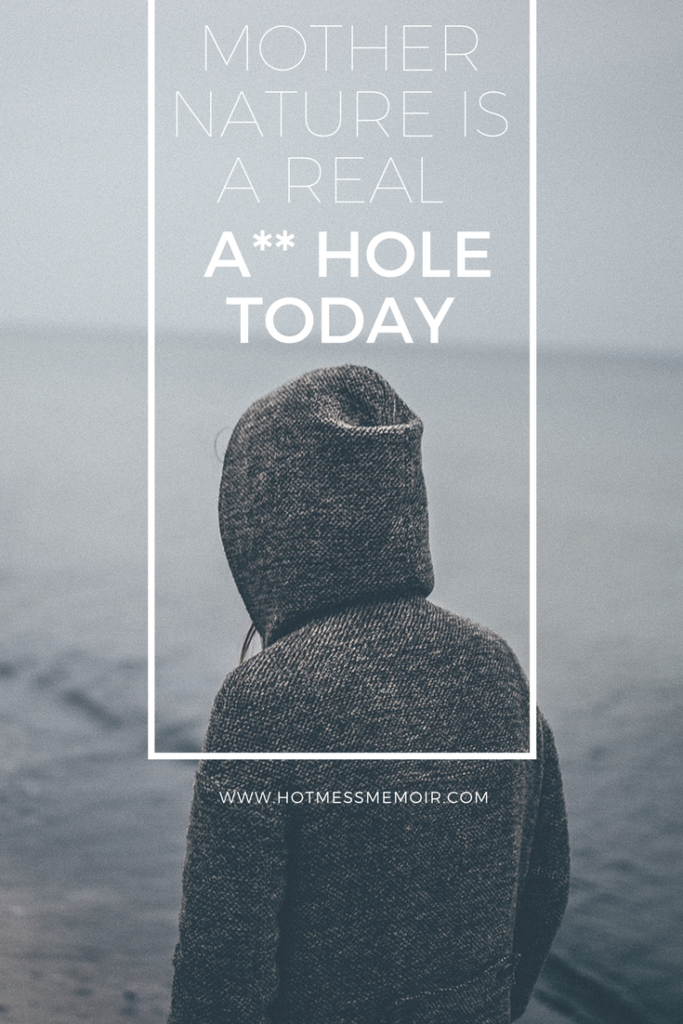 I’m really trying to have a positive attitude here about coming back to Ohio from California but Mother Nature is being a real ass hole. We have 2 soccer games today. One at 2:30 then at 6. So we will be spending the majority of our time outside today. Unfortunately, I’ll be wearing my rain boots and using an umbrella. I’ll probably be crying while doing both.

I woke up today at 11:17 a.m. When either one of us sleeps in, the other is given carte blanche to say,

I think this was my biggest well, well, well welcome.

I mean, let’s compare and contrast the weather right now.

Where I will be today.

Where we were the past 5 days.

So you can see why this is sucking so bad. Oh, I just now noticed something. Mother Nature decided to cool it with the rain at 8PM. Thanks a lot Mother Nature, that’s really too kind of you. Maybe you could have moved up that 1 hour of no rain to an hour it would have been daylight so I could have at least seen the no rain.

BTW, Mother Nature, global warming is your own damn fault. If you would throw us a bone every so often (like have 1 hour of no rain and no clouds) in the midwest, we wouldn’t have to consider moving to already densely populated, West coast cities to soak up the sun.

P.S. I am not blaming Mother Nature for global warming. All the trolls of the world can go back in their caves or under their bridges and go back to sleep. The weather is just making me mad and I need to blame it on someone or something so I whine like a 4-year-old. I fully acknowledge that as a mid-westerner we are contributing to the demise of the Earth too. Maybe as Midwesterners, we wouldn’t have to use so much electricity if IT WAS SUNNY OUTSIDE!!!