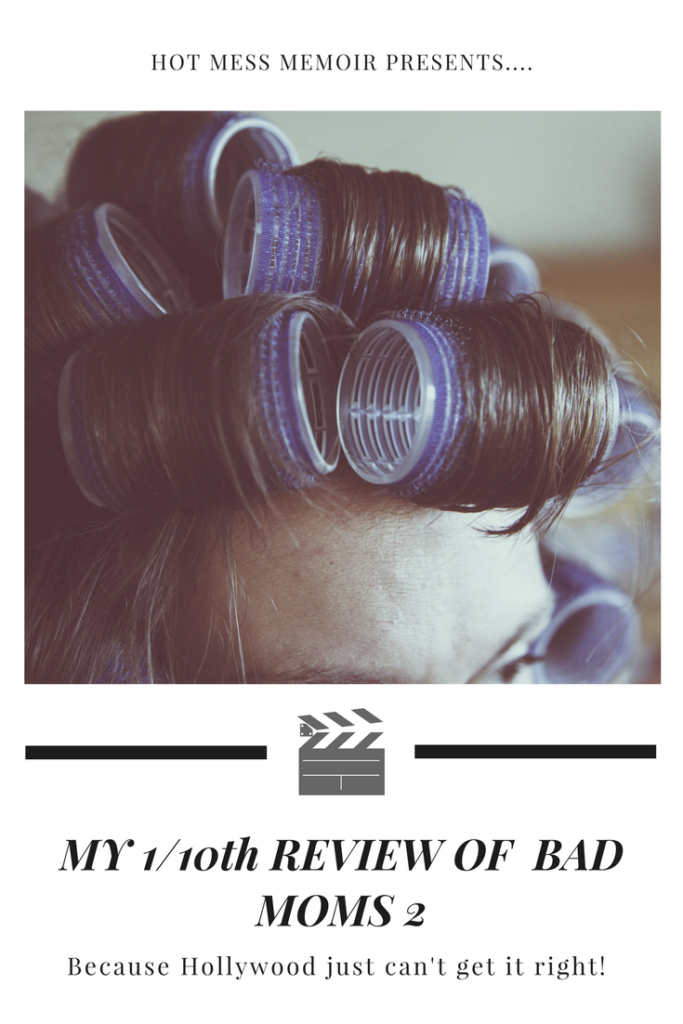 I’ve watched half of Bad Moms 1 until I was bored out of my skull and fell asleep.

‘No need to revisit this disaster again,’ I thought as I woke up around 5 a.m. to find the tv still on while I was drooling on the arm rest of the sofa.

Last weekend as my husband and I searched for a movie to watch we came across Bad Moms 2.

“You watched the first one right? Was it good?” He asked me.

“No, not really. But lets watch the second one. It looks funny and hopefully better than the last.”

And so we began to watch Bad Moms 2. Do you ever get to the point in a movie where your like, “this really sucks” but you don’t want to say anything because the other person might really be enjoying it? This wasn’t one of those times.

“So what do you think?” My husband asked, 10 minutes in. That’s code for: I don’t like this movie but I’m going to see if you hate this just as much as I do.

I blew a sigh of relief. “This is really bad,” I said.

And we aren’t the only ones thinking this. Look at the collective reviews on the first movie: 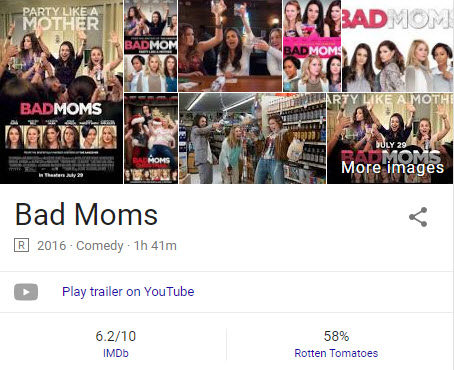 Bad Moms 2 reviews is even worse: 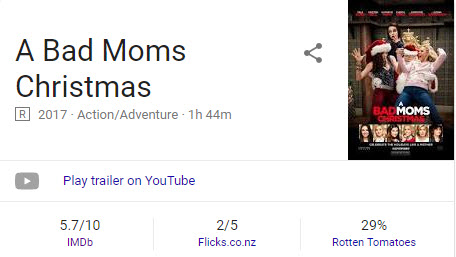 I know I’m probably insulting a few people who found these movies absolutely hilarious, but hear me out. If there is one word to describe the 2nd movie (sorry, I can’t even remember the first one), it would be contrived. They went so over the top with the “bad mom” like behavior that unless you are Randy Quaid, Melissa McCarthy or Will Ferrell, it’s just not believable. Take for instance the intro where Mila Kunis is so frustrated with wrapping a gift that the result is something that even a toddler could do better with.

And speaking of not believable. A tired, stressed out mother that’s had it, does not look like Mila Kunis. First of all she’s about 34-years-old and has a teenager. While not impossible, she would have been a teenager when she had her first. A little secret for Hollywood, when you are portraying a stressed out, fed-up mother, please don’t cast a super model. It’s literally like a slap in the face.

You want bad mom-like, believable behavior? I’ll give you a list of bad mom behaviors, not that I’m saying I’ve done any of these (actually all of these):

Trust me, this movie isn’t worth watching. I wish it was hilarious, but it’s not.