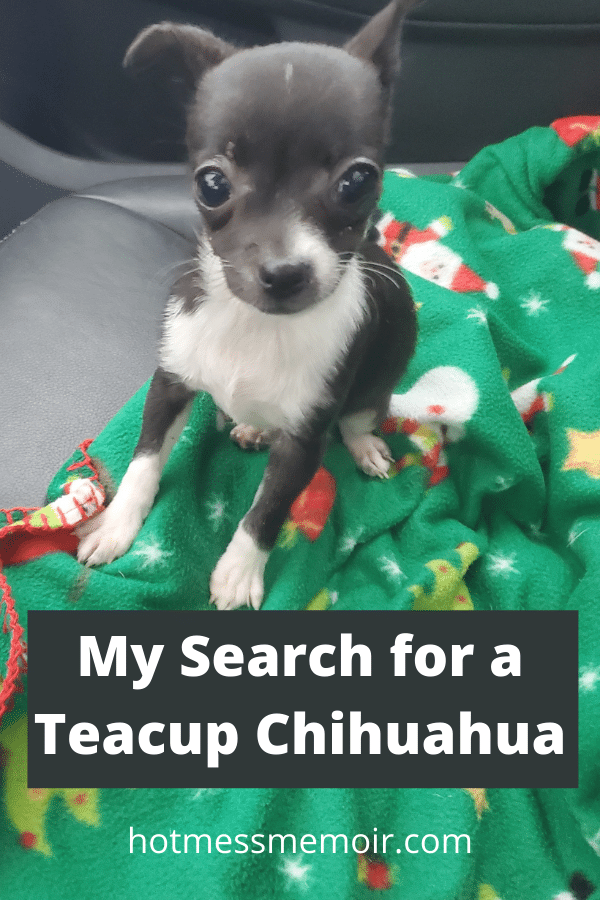 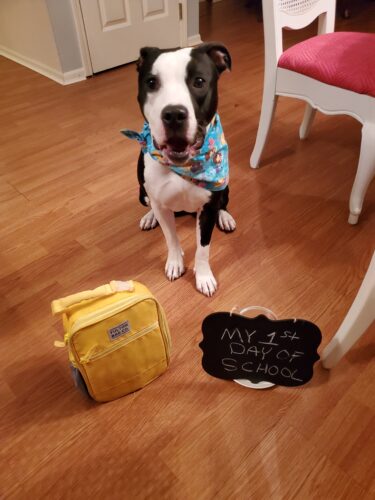 I was so excited in 2020 when we adopted our dog from the shelter. Her name was Maisel and though she wasn’t a Chihuahua, she was an adorable pit bull mix. At the time, the shelter said she wasn’t good with other dogs. What they should have said is she will stop at nothing to rip the juggler vein from every dog she sees.

After 4 dog attacks, a man’s hand bit and over $2,000 in vet bills for other dogs, we made the difficult decision to put Maisel down this past November. The vet agreed with us that the danger she posed to other dogs, and now humans, it was the right decision. It sucked and it still stings, but it was the right thing to do.

“I want the smallest fucking dog on Earth,” I declared to my husband one night. “And I want it as my Christmas and Birthday gift.”

He looked at me as if I had demanded a pet velociraptor. Sadly, he knew that once I had made the declaration, we would be getting a dog. And it would be the size of a stapler.

Attempting to be responsible, I began scouring online shelters and rescues. To streamline the process I used petfinder.com and put in the following specifications: puppy, female, young, Chihuahua, under 25 lbs. It would have been easier if Petfinder just had a unicorn filter, given my specifications but I guess they aren’t there yet.

Adopting a Dog Was Eye Opening

‘It’s easier to adopt a human at this point,’ I thought to myself.

‘Then why the fuck are we having this conversation?’ I thought.

Or my favorite is when they would tell me that the puppy I wanted to adopt had been adopted but they had a 15-year-old, blind, diabetic Chihuahua that sometimes takes her medicines ok.

If anything, I got a kick out of reading how the shelters would spin a dog’s description when clearly, the dog had major medical and/or mental issues:

My search started in Ohio then slowly expanded nationwide. I reasoned that if I were to purchase a dog from a breeder, the adoption fee and plane ticket would still be a fraction of the breeder cost. And still, several shelters had distance limitations, refusing to even consider out of state applications or if you live X miles away.

I would drive by Petland and consider dropping in. It wasn’t wrong to look, right? I don’t know if you have a Petland where you live but many rumors (I don’t know if they’re true) have spread over the years that they acquire the animals from less than reputable breeders. Not to mention the cost of these pets are on par with the price of one’s first car.

One night, when I offered to pick dinner up at a restaurant (which conveniently sits next to Petland), I decided to just peek my head in. I waited till an employee noticed me standing awkwardly at the front door. Thanks to my severe snake phobia, I needed to ask if all snakes were far away and under lock and key. To probably my benefit, no one came to greet me or offer assistance. I took that as a sign and left.

The next day I said fuck it. I was done applying over and over again only to be rejected or late to the party. Sometimes I felt like shelters put the dogs on petfinder.com only after already having adopted them. I went online and began my hunt for a teacup Chihuahua.

I don’t know if you know the going rate for a teacup Chihuahua but fuck me, they’re expensive. If you get one from a celebrity breeder, you’re looking at $6,000-$10,000. For a legit AKC breeder, you’re probably looking between $2,500-$4,000. Unfortunately, none of the above was in my price range.

That’s when I found buckeyepuppies.com and lancasterpuppies.com, clearly owned by the same people. It was a simple marketplace of pure breed puppies. Being right before Christmas, the going rate was between $1,000-$2,000. Despite my impatience (which almost killed me), I waited till after Christmas and found this little nugget- Oreo. 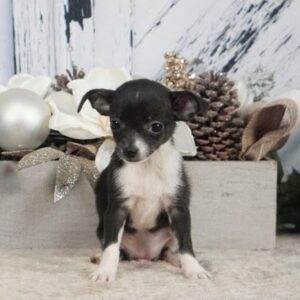 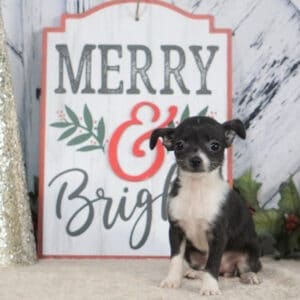 She was three hours away in rural Indiana. Being after Christmas, I negotiated them down from $1,000 to $600. I was so excited to pick her up but unfortunately the story isn’t over. In my next post, I’ll be weaving the tale of how I not only insulted the breeder but banked one of my most embarrassing incidents of my life. Yeah, it was real super.