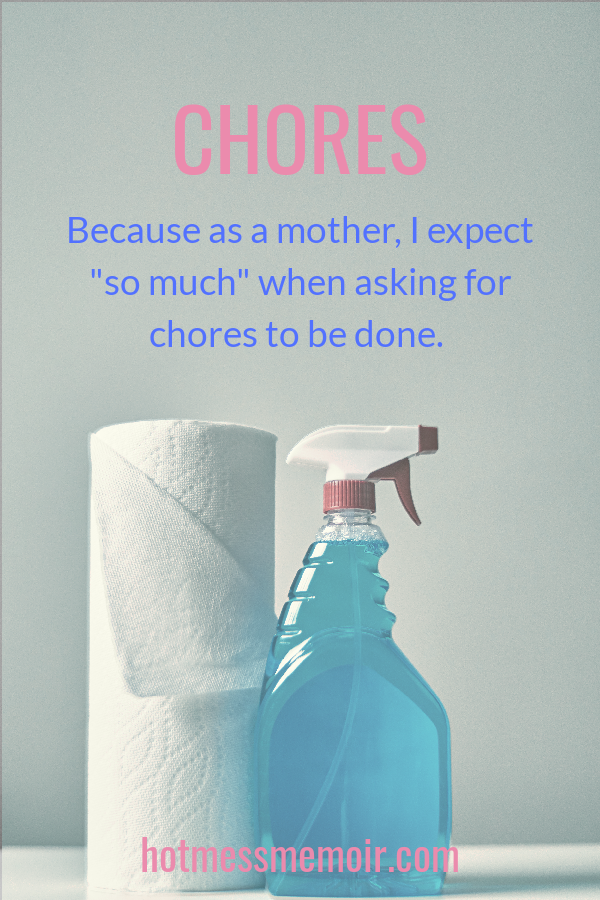 My sons have been off for the past week for Spring Break. Because we aren’t millionaires we didn’t go to Disney World or some amazing destination. And in actuality, I was in Denver on business for half of their spring break. It’s important to note the dates of our trips/stays:

That being said, they’re activity level was on par with someone just coming out of a 5-year coma. I can accept that I came home to a dirty house as I knew this going in. I can also accept my house smelled like trash/ass when I arrived home at 12:40 a.m. Thursday morning. What I can’t accept is giving them chores to complete on Friday, coming home and only 1/3 were completed.

Here is what I gave them as “chores”: 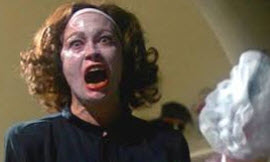 So if you’re a slob, you’d think I was Joan Crawfording the shit out of my kids. If you’re a normal person who enjoys practicing cleanliness, you’d understand that what I’m asking is not over the top.

Seriously! You’d think I’d asked for an addition to be built onto the house. WTF? When I returned home from working 8 hours on Friday, here is what had actually been done:

“What’s your aversion to cleaning?”

“Why do you want to live among trash?”

“Are you vying for a spot on A&E’s Hoarders?”

I’m not asking them to OCD the shit out of their rooms or our home. I’m just asking for bare minimum standards here. Now full disclosure, I have to clean the rest of the house and to say I’m looking forward to it would be a big fat lie. Times like these, I appreciate that I don’t live in a mini mansion, like many people I know. There are a million things (writing) I’d rather be doing then cleaning the piss off a toilet but it’s a necessary evil.

There really isn’t a point to this chore post other than being a good ole’ fashion rant. Do you guys struggle with getting family to do chores? Lemme guess, ya’ll live with an Alice from the Brady Bunch? Let me know in the comments if this is a struggle for you too!