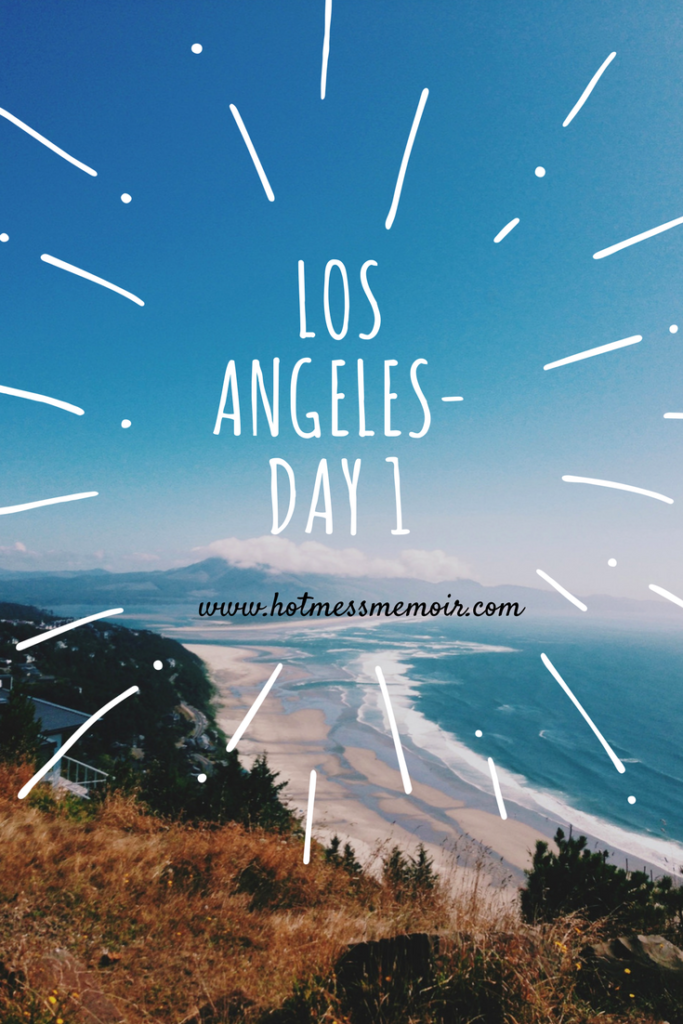 We made it! Sure, I’ve been up since 2:30 a.m. but by golly, we made it! At L.A.X, my cousin picked us up from baggage claim in a beautiful, new BMW. When I got it, the seat began to fold around my arms.

“What’s happening right now?” I asked seriously, concerned I was sitting on a boa constrictor.

“The seats contour to your body.” F said.

“Oh, I thought it was your car’s way of saying welcome? You know, I kinda like it. Hello! Welcome to Los Angeles,” I said in a sing-song voice.

My God does F know how to pick a restaurant for landlocked humans. It was called Duke’s Malibu and I thought I had died and gone to Heaven. First of all its valet parking and you are greeted with 4 swings piled with comfy pillows. I made it a point to tell the hostess we are from Ohio and just got in. This usually elicits sad looks and heads tilting to the side as if we were refugees from a war-torn country. It also scores views like this: 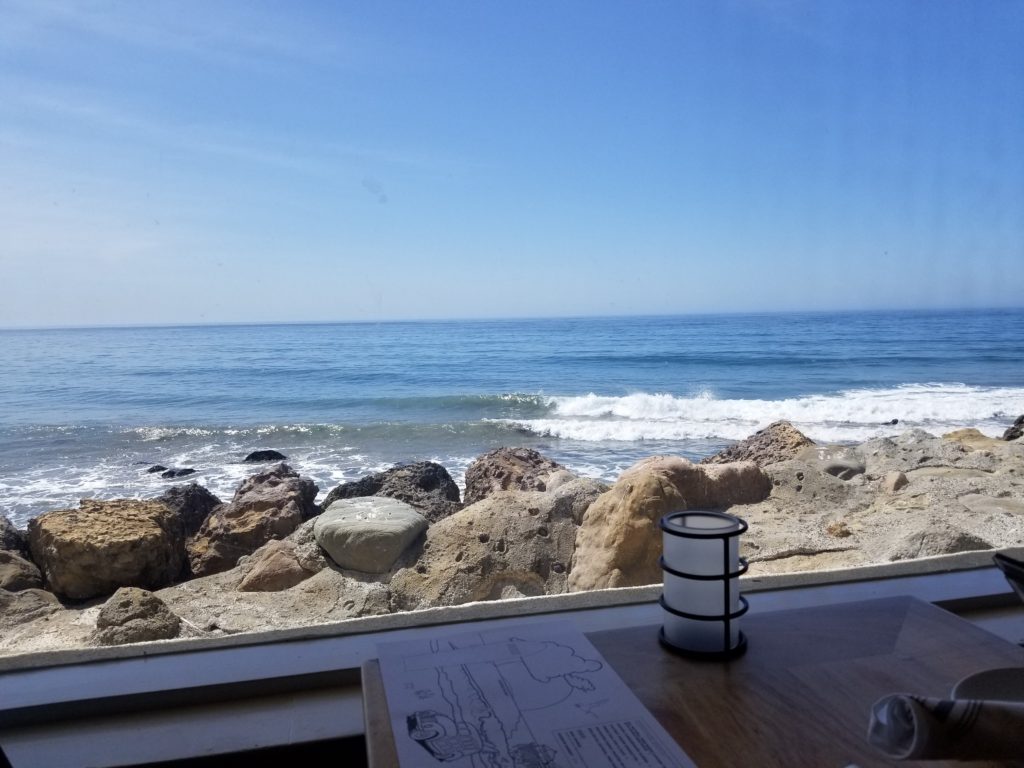 We saw no less than 10 dolphins. They had the windows open and the fresh air of the ocean wafted in.

“I’ve died and gone to heaven. This is heaven,” I said.

“So I have some good news and some bad news. Which do you want to hear first?” F said. I’m always one that likes to get the bad news out-of-the-way. So I said the bad news first.

“I have no power at my house thanks to my neighbor, but the good news is that I put you up in an amazing hotel.” F blurted out.

And Saint F isn’t just putting us up for 1 night, he’s putting us up for the entire week! It’s a Marriott in Marina Del Rey. And because he has a gazillion points, he’s an Elite member. I didn’t know what that meant till I saw the view from our room of the marina. Additionally this includes breakfast EVERYDAY and hors d’oeuvres and desserts Monday through Thursday. Are you kidding me? I was concerned before I learned of the breakfast as my plan to save money was to eat breakfast at his house every day, this obviously solves the problem.

My 13-year-old is addicted to Adidas. After dropping our stuff off at the hotel, Fred drove us to an Adidas store, 1 mile away. Now it was my son’s turn to feel as if he had died and gone to heaven. No joke, he walked in there with Adidas pants, shirt, socks, slides and lastly, a bright yellow backpack. Combined, we dropped around $400 in that damn store. I bought shoes as there is no way my foot is going to make it out here given the trip to the Podiatrist last week.

We decided to walk back to the hotel in our new shoes. I looked like a newly minted Amish woman given my long dress and sneakers in lieu of my sandals. We walked through beautiful streets lined with palm trees. Cute, amazing, million dollar bungalows had their French doors wide open, enjoying the typical Southern Californian air then we came across a group of young people. A guy, probably around 20 was away from the group, standing next to a car….and peeing on it.

“Um, is that guy peeing on the car?” I asked my boys. They both giggled.