First World Problems Getting to Know You Pop Culture 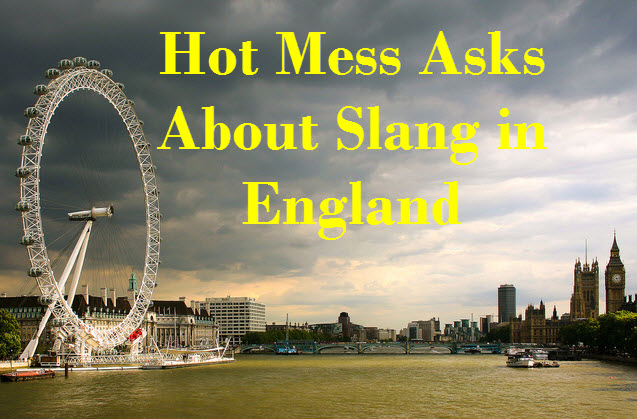 So my last probably 8 audible books have been from an amazing indy author RR Haywood. I’ve listened to every one of his The Undead books. He even gave me permission to use his artwork to write a review of the series. Though I was hesitant and felt like a complete traitor, I decided to give his second series a try- Extracted. Oh my God! I love it just as much as The Undead!!

Now this isn’t another book review. Eventually, I would like to do that on down the line with Extracted. I just hope there are lots of books to come! Any who…..Haywood uses consistent slang that is not typical in America. So I either have questions or comments on the terms I’ve heard. And my apologies, I am not going to spell some of these words right but for entertainment purposes, I’m not going to look them up.

Sod Off: Does this mean fuck off? I hear it all the time. Is this something used around the entire country or specific areas?

Lot: It seems to be used when referring to a “group”. For example, “I don’t belong in this lot.” I think it means a group of people?

Twat: OMG, to me this word is used soooo much and must not be a big deal in England. In America, it’s really bad! Is it considered really bad in England?

Bollocks: Is this the same as saying “Balls!” I don’t know.

Fit: If you say a girl is fit, does that mean she is hot? If you used the word fit here in America, a girl would just think you are saying she is healthy.

Cross: This just cracks me up because it’s kinda’ the nerdy way of saying your pissed. I only say that because this word was always in my son’s overly priced Thomas the Train books.

Bloody: Is this the equivalent of fuck? I hear it a lot but it really has no frame of reference to me.

What the hell is Lucasaide? Is it like Gatorade? They are always drinking it in my book.

Ok, so that is all I could think of right now. I seriously want to know about this. I would love for those of you that know, to comment. Are there any slang words in America in which you are like WTF or want to make a comment?