10 Reasons You’re Really Not That Busy at Work 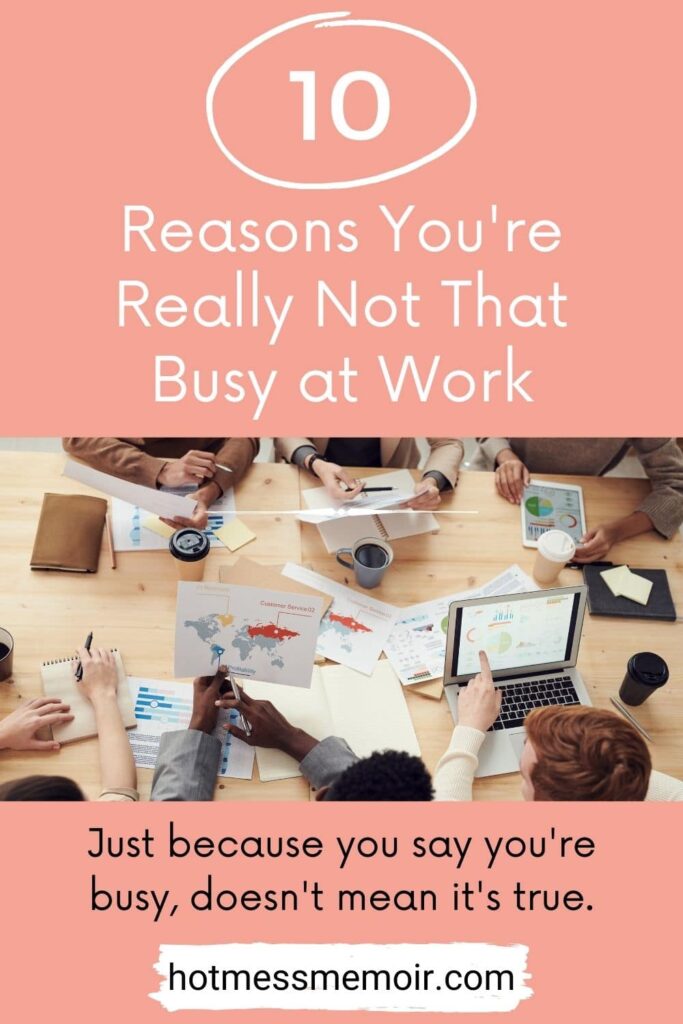 Have you ever noticed that the people that have the most work usually have their heads down and actually are doing work? Usually, they aren’t the ones whining about workloads because that would take away from actually doing the work. I just want to know what is going through their brains to announce they’re “too busy” and then organize an entire wedding from their cubicle.

You would think some of these ass holes are in charge of huge estates by the amount of organizing being conducted over the phone. They treat their 3-bedroom ranch like they’re Mr. Carson of Downtown Abbey, carefully ensuring the library is stocked with brandy and cigars.

I can honestly say, I do not waste time at work, at least not in the morning. My goal is to get all my shit done so in the afternoon, I can deal with dumpster fires and shit storms. Oftentimes, you work with someone that doesn’t have the self-awareness to know they really aren’t that busy, they just don’t use their time effectively. Since there are more than a fair share of oblivious people out there, I need to point out why they need to stop using this excuse. It’s sad it’s come to this but I want to prevent the actual hard-working employee from throat punching the oblivious. Let’s get started.

Reasons You’re Really Not That Busy at Work

If you talk on the phone more than once a day to family or friends, you’re not that busy. Firstly, I don’t know why you’re making social calls anyway. No one, in the year of our Lord, 2022, actually uses the phone to verbally communicate anymore. 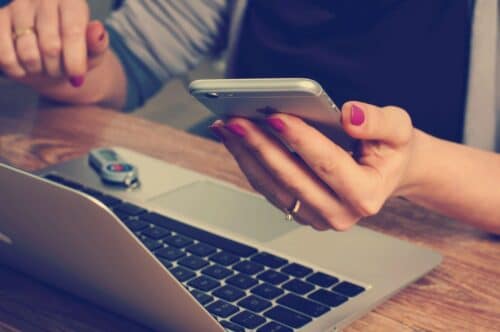 If you’re scheduling everything from pedicures, to the vet to the lawn care of your home every day, you’re really not that busy. I completely understand making appointments occasionally but when you’re sittin’ in your cubicle, acting like Mariah Carey’s personal assistant, it’s time to question if you’re using your time wisely.

Nothing infuriates me more when I’m focused, knocking shit out and someone rolls up to my cubicle and decides I will be their distraction from work. Not wanting to be an ass hole, I engage in the small talk for the first 5 minutes. Then I begin to send subliminals like ‘don’t you have things to do?’ or ‘do I not look busy to you?’ I’m not anti-social but for Christ’s sake, read your audience. 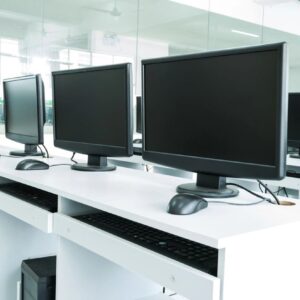 Nothing infuriates me more when someone asks me to do something on the technology side because I’m just “better with technology”. No ass hole, that’s you being too lazy to learn new ways to make things easier. I wasn’t performing v-lookups in the womb, I had to learn it.

Refusing to Use Google

Similar to technology, I hate when people bypass looking shit up and ask me. I want to tell them there’s this super cool thing called Google. It’s like the encyclopedia on steroids.

Want to learn how to highlight a cell in Excel? Google.

What time does Target open? Google.

Have you ever had that co-worker that constantly announces how inundated they are but then goes on a 2-hour break? You only know about this because they waste your time telling you all about it. They begin with a relaxing lunch with maybe their child or friend. Next, it’s off to get their eyebrows threaded or something. The afternoon is then rounded out by picking up some wine at Target. Go get’em! A pillar of efficiency.

The “busy” person has the DUMBEST reasons they have to leave early:

I have to wash my hampster’s hair.

My dog has a play date.

I once had a co-worker who spent more time on the smoke patio than he did at his desk. It got to be a thing of when he wasn’t at his desk, we would check the patio. There he was, laughing hysterically on his phone, taking a drag on his cigarette.

And don’t get me wrong, most functioning adults need coffee to make it through the workday. But when you get coffee 5 different times and make it a point to “catch up” with anyone and everyone near the coffee pot, you’re clearly not busy.

Consistently Announcing How Busy You Are

This is like nails on a chalkboard to me. How can you lack this much self-awareness to waste so much time then announce how busy you are? If your head is down most of the time and you borderline have a UTI because you’ve held it in to avoid using the bathroom, then you can declare you’re busy. If you just got back from taking your second, 20-minute, personal phone call of the day, you ain’t busy.

Look, I’m not anti-social, quite the opposite. I just get annoyed at people who think their workload is so much more than others when in reality, it’s just poor time management. Now it’s your turn! Do you have co-workers who do any of the above? Post your comment below!