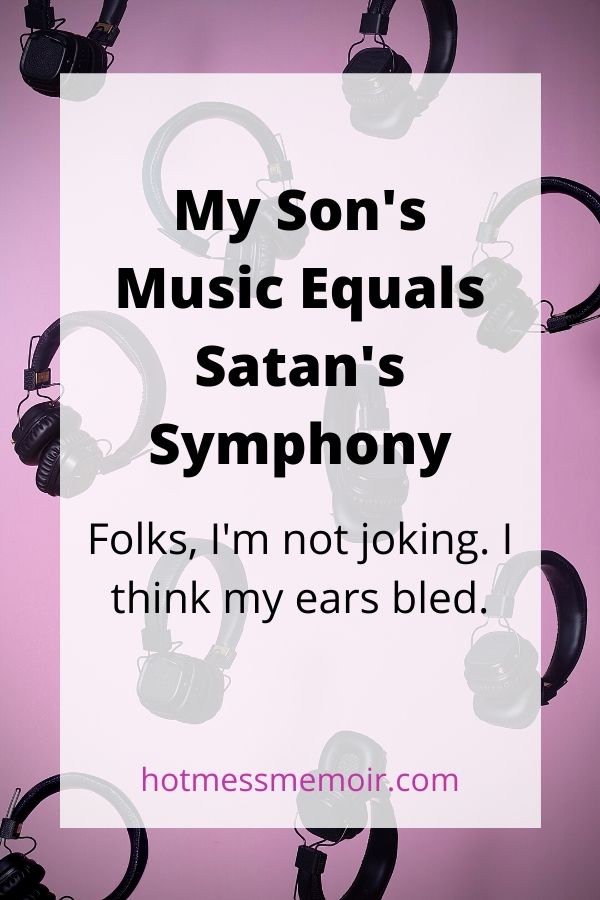 As we drove to soccer practice this evening (a thousand miles away), I granted my 14-year-old free reign of the music for the drive. This was a privilege he stopped asking me for a long time ago after my rather honest comments about his music. As some of my long term readers recall, I once allowed him to play his music while it was just him and me in the car. It didn’t end very well. In fact, it was like Satan’s symphony began to play.

So what makes us enjoy certain songs? Because of my intense, scientific research and a 2 minute Google search, apparently it’s the nucleus accumbens in our brain. It decides how much value we place on a song. Based on this science, clearly my son’s nucleus accumbens is damaged and I’ll be taking him in for an MRI in the coming months.

There really aren’t any words for the music he listens to. In fact, it’s not music, it’s just chanting with the occasional addition of auto-tunes. I don’t understand how one human can shit on a record then another human comes along, takes that record and passes it off as “music”. And I get that I am 29 years older than him but usually I can find something I like in a song. It could be the intro, the beat, the raspy voice or a drum solo. I honestly have nothing. In fact, I’ve composed an outline of why I hate this music so much.

3 Reasons I Hate My Son’s Music So Much

He has approximately 13 minutes left of practice and I’ve made an executive decision. I’m going to play him 90’s rap. Here are the artists we’ll be listening to this evening for our 25-minute drive home:

I’m sure he’ll be thrilled! I want you guys to tell me what you think. Are you down with today’s rap or would you rather pull a Van Gogh on both ears?