I Hate Math & My Worst Teacher Ever! 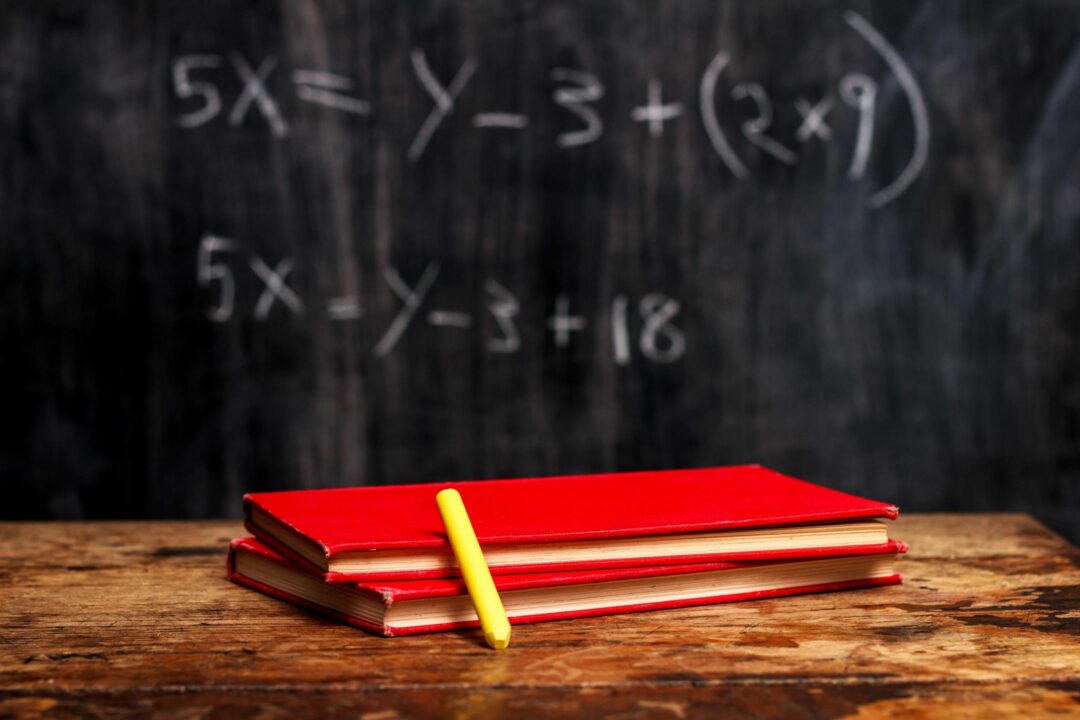 I was in middle school in the 80’s. They still had spanking, teacher smoke breaks and teachers who would yell at you till you were almost in tears. Yet knowing all of this, I got REALLY bad grades in math despite knowing there would be consequences.

I try to own my own screw ups and I’ll admit, I probably didn’t try as hard as I could in 7th grade math but this teacher was a disaster of biblical proportion. His name was Mr. Dawson and it was widely understood he had no business being a teacher yet somehow managed to scoot by.

At the beginning of the day, Mr. Dawson would slowly walk in to his class, carrying a briefcase while  looking at his desk with what I could only deduce was disdain. He didn’t want to be there and honestly, I didn’t want him there either.

His physique gave away the years of drinking and smoking he did, not to mention the cigarettes he always carried in his shirt pocket and the flask in his briefcase everyday. He wore khakis with a golf shirt that barely covered his beer belly. The belly was epic as it entered a room before he did. It was gross because you could see his belly button through his shirt.

In a Southern twang, he would grab a piece of chalk, saunter over to the chalkboard, shimmy his drooping pants up and begin.

“Ok, you take the numerator, put it above the 9, add 3 and carry. Come up if you have questions,” he would say while returning the chalk to the ledge. He walked back to his desk, sit down, open his briefcase to produce a newspaper and begin to read it.

All of us would just look at each other like, “uuuuuuhhhhhhh……” I mean, we were ABSOLUTELY clueless. And don’t even come up and ask Mr. Dawson for help. He would look at you like you just insulted his mother.

“Um, Mr. Dawson, I don’t understand.” I would say meekly. He would fold his paper slowly, eyeing you because you interrupted paper time. Get up, walk over to the chalkboard and while grabbing a piece of chalk, repeat word for word exactly what he just said 5 minutes before.

Why am I telling you guys this? Because my son divulged 3 nights ago he would be receiving a C in math. He’s not really “getting it” as to why we are mad at him. Here is a text I received yesterday: 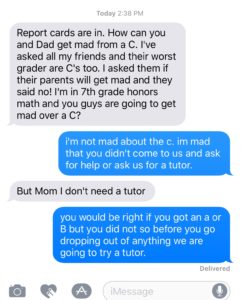 I hate math. I see no pleasure in it or fascination. If I want to solve a problem, I’ll untangle my necklace. I quote my high school French teacher: “The only math you need to know is how to add, subtract, multiple and divide.” To date, this statement still stands.

Update: I just read this to P and he loves it! He said he wants to write a story about his English teacher which him and the entire population of our county under the age of 12 despises. Recently he just found out about my blog (he found my Instagram account) so I had an idea. I just told him to write his story about his teacher and I’ll post it. I gave him the following advice:

I can’t wait to see his story! His sense of humor is a lot like mine!