Family Getting to Know You Kids Parenting Ridiculousness 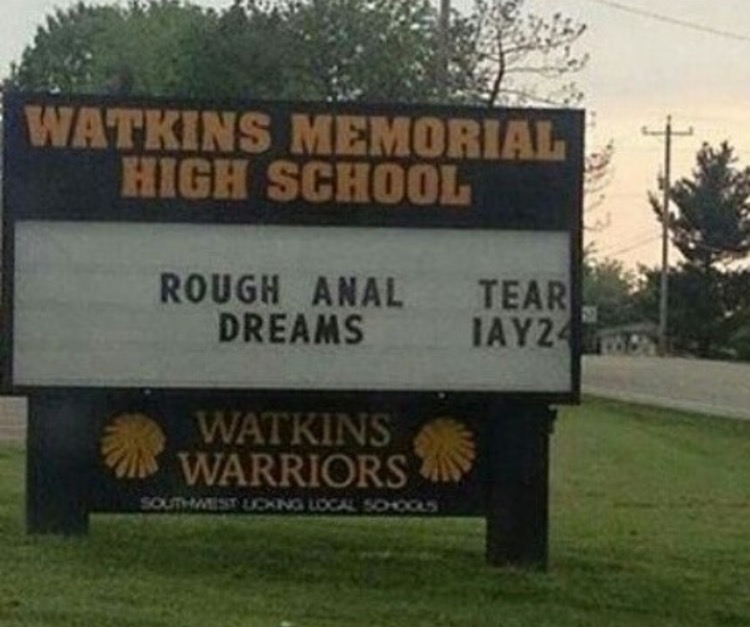 I love when people use the phrase killing it.

“Girl, you are killin’ it with your diet!”

“I killed it at Christmas!”

“I’m kinda’ killing it at my job right now!”

As long as you’re not Amish, I’m guessing you probably know that means you were amazing at something. Unfortunately, as much as I want to use the phrase, I am not killing it right now. Hell, I’m not even hurting it right now.

So I’m in a lunch room of a high school that is 20 minutes East of my home and in the middle of BFE (that’s Butt Fucked Egypt in Layman’s terms, your welcome). It’s 6:50 p.m. and I just choked down a hot dog better suited for the local jail. How did I get myself into this predicament? My 11 year old wanted to watch the middle school girls play basketball with his buddy K.

Upon arrival, I pulled up to the school and P & K jumped out, almost not waiting for the car to slow down.

“Um, so I’m going to stop in and make sure there isn’t any mischief going on….” I yelled to their backs that were already 10 feet away.

‘Michchief?’ I thought to myself. What is this? 1954? Am I going to be checking for riff-raff next?

I looked down at my clothes and cringed. I wasn’t dressed for a basketball game. I didn’t have time to change and I look like a high price call girl. I couldn’t find my leggings this morning so I paired my black wrap dress with my Luke Skywalker black boots.

‘Only like my knees will show,’ I reasoned with myself.

To really round out the look, I thought it would be a good idea to wear horror red lipstick this morning.

Anyway, I walked into the gym where the game had already started. Fans were screaming and there were actually announcers, like they treat this shit seriously. I couldn’t find P and K for the first few minutes. Eventually my attention was drawn to a big group of loud tweeners, acting like Lord of the Flys. P and K were fixed on the ends of the tribe. I’d like to thank K for wearing the brightest green sweatshirt Under Armour has ever produced as that allowed me to find them quicker.

As I began to walk over to the group, my son and I locked eyes….AND IT WAS HILARIOUS! It was hilarious because he was willing me to not get any closer. It was as if he was looking at a tiger that was about to attack because the fear in his eyes was simply priceless. I wasn’t going to embarrass him, contingent upon not tripping on the mat that had managed to roll up on the ends I had to walk over.

After side stepping the trip hazard, I made my way to the cafeteria. As many of you know, I get incredibly hangry and if I’m hungry I need to feed. I’m not embarrassed about this, in fact I’m proud I’ve never said,

“I forgot to eat today”

“I’ll just have a salad”

“That rice cake was so filling!”

After buying a hot dog, I walked out to find my son’s friend and our neighbor- C. A lovely kid and I’ve known him and his twin sister since they arrived home from the hospital.

“Hey C!” I said while waiving my free hand.

Apparently the DO NOT TALK TO ME ban extends to friends as well, because he barely made eye contact while whispering “hey” that only a dog could hear. I just chuckled.

So the game is over, my son and his friend have just walked into the cafeteria and over to the concession stand. They walked out 3 minutes later and over to a table that is the farthest from me. Roger that.

I should have acted appalled, instead I burst out laughing because, aren’t we all just tweeners deep down?