Election 2016- WE ARE ROYALLY SCREWED! 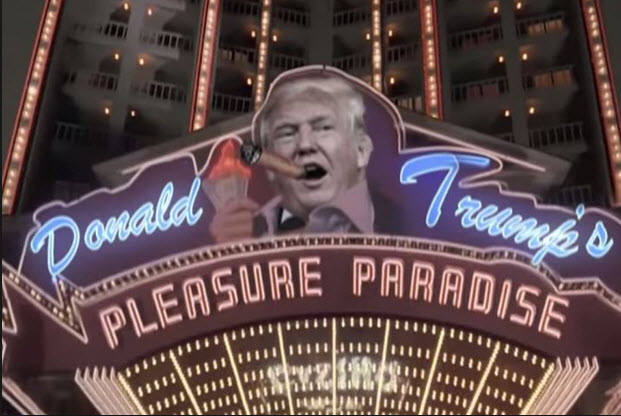 This election is like going to the doctor’s office for flu like symptoms and being offered either a colonoscopy or a pap smear to diagnosis. Both are completely wrong for what you need so you must pick between the 2 knowing both are useless.

Below are my beliefs, brainstorming, etc. of what is happening right now with this election. I’ve been through roughly 5 where I was old enough to vote and so far, this is the most tumultuous. Sure, Justin Bieber swore he would move to Canada if Romney were elected last time (he’s Canadian if anyone didn’t get the joke) but this is a whole new world here in America. You can argue with me; try to convince me to vote one way or the other but remember, as I said, these are the thoughts that run through my head daily. Enjoy!

Voting for Trump is not the fashionable thing to do. Although he’s stupid rich, he is considered the candidate of blue collar America and/or crusty old white men. It’s considered a faux pas to vote for Trump among middle to upper middle class society as well as college educated.

What I will say  is that for many people, no matter how many negative things you learn about your candidate, you do not want to step out of line of social normalcy. To this day I see people on Facebook blindly following, let’s say Hillary, on a train out of control, about to plummet to the ground. Same for Trump. I am amazed at how people are willing to go into YEAHBUT (that’s what I call people who have a response prepared already and really don’t listen to what you are saying) mode.

Do you guys remember Back To The Future II where Marty visits the altered future and Biff became ridiculously wealthy off betting? He has this tacky as shit, gilded casino with velvet curtains and velvet paintings. If Trump becomes president, I strongly believe that the White House will be decorated in such a fashion. Jackie-O will be turning in her grave. I’ll be turning in my bed to support Jackie.

On the outside of Liberace’s wet dream, it will be just like the movie again- a Mad Max like society. Cars will be on cinder blocks, shopping carts will be pushed down Pennsylvania Avenue, full of trash and choppers will be shining their lights, looking for criminals.

You know, if we are being real, these 2 are very much alike. When they put them side by side during the debate, I see long lost twins. You have to trust your gut and I get a negative vibe from both of them. Again, screwed.

If Hillary is elected we face potential economic hardship. We will be soft with immigration and worry about offending EVERYONE. If Trump is elected, we face heightened tension between pretty much every other country on the planet. His hair will manage to piss everyone off, in one way, shape or form.

I am an independent. I voted for Barrack first then Romney. I love fashion but do not let what’s fashionable dictate who I vote for. At first I was voting for Trump. My philosophy was that he knew how to run a business and that is what we are- a business.

I overlooked his rude, inappropriate comments because my main concern was economic growth and thoughtful immigration. But I could not deny the continued threat of impulsive behavior and an oblivious mentality to fully prepare for debates and an attitude that only he can prosper America.

Similarly, I cannot ignore Hillary and her e-mails/behavior. When you are at that level, there are no excuses. You fucked up and if you are a descent American you admit to it and step down; paying the price, whatever that price may be. She’s held high power and blown it. Yes, she did good as a first lady and in her early years but is not capable of this additional responsibility. There is no shame in this, just shame when you can’t admit your wrong.

So yeah, we’re fucked and I have no idea what to do. I will vote because in my mind it’s un-American not to. I’m embarrassed for my country right now, truly embarrassed. I feel like that mother when her child exclaims, “mommy, why is that woman so fat?” And all the blood leaves your face and you are left to do damage control. I love my country and that is why I am so frustrated right now. I want to do right by my country but given my options are either a colonoscopy or a pap smear, you can see my harsh dilemma.