Wow, I was pleased to see the number of people who responded to the last post about being flawed and my advice to parents, hot mess style. Obviously my tip to accept pooping on the table during labor was well received and for that I thank you. Now let’s move into when they go to school and can argue….and can get Instagram. In my mind, this part of childhood elicits an IMMENSE amount of guilt. God, the guilt lays heavy on my back! I feel guilty for not attending every field trip, guilty for not helping with every school party, guilty when I can’t get off work to attend an event that was moronically scheduled for 3:30. I feel guilty when I have to leave them alone in the mornings for 20 minutes. Guilty when I wish they would just stop talking and let it be quiet for just a few minutes. Guilty when I can’t take them on vacations like their friends. Guilty for churning out 1 more blog post in lieu of watching a movie with them. GUILT! GUILT! GUILT! I’ll be real here and tell you, I haven’t gotten over the guilt. I don’t know how nor do I know if it’s possible. Perhaps the guilt is what confirms that we are an imperfect human, loving someone.

K, enough with the cheese. Here is my parenting advice…or thoughts on school aged children….

Macaroni and Cheese- I could put down a plate of $15 dollar mac and cheese that is made with Wisconsin cheddar, truffle oil and homemade pasta and my youngest would refuse it because it’s not the boxed, orange kind. Are you kidding me? So if you’re kid enjoys escargot on occasion or wants sushi at his next birthday party, keep that shit to yourself as we are dealing with picky eaters.

When your kids go to school, you’ll be praying they want to buy their lunch in lieu of packing. Some parents (and good for you, I wish I had the balls) don’t give them a choice and make them buy their lunch anyway. I go to extremes to get out of packing lunches. I suddenly turn into an HSN host, calling out all the wonderful attributes of tomorrow’s lunch:

“Now what we have here folks, is an AWESOME, fun lunch! There are only 500 Ocean Treasures (that’s literally the name of the fish sticks) left but you have to act now! This is quiet possibly the best lunch I’ve ever seen. You have to get yours!”

And to piggy back on the lunch topic, resist throwing that last lunchable in their lunch box because I guarantee you one morning you are going to come down wanting to do anything but pack that lunch and your gonna wish you hadn’t used it already.

Every week the preschool teacher would send home my son’s blanket to be washed on Fridays. I would look at it like she was crazy since it was only used during naps. When I pulled it out on Monday, 30 minutes before the bus was to arrive and realized I hadn’t washed it, I grabbed the following, sprayed it all over the blanket, folded it up nicely and shoved it back in his bag. Voila! 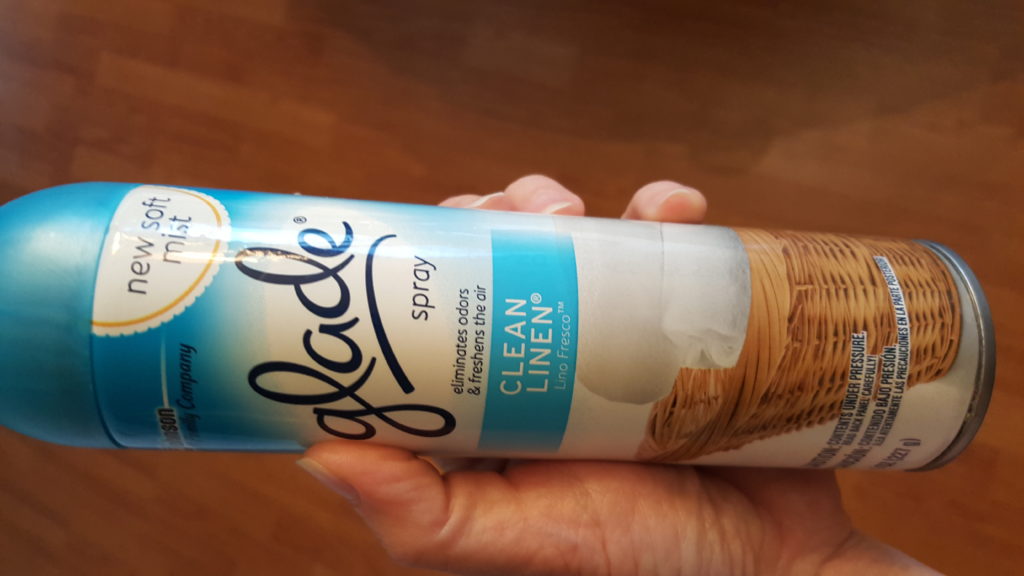 If you want your kids to take a more active roll in brushing their teeth, go on youtube and search for novocaine shot. Have them watch what will be administered into their tiny little mouths should they not floss and brush when you tell them to.

“Bad parenting makes my job tougher” is my quote. I am so tired of hearing about who has a tv in their room and who is allowed to watch The Exorcist. This is making my job tougher because I have to explain I kept my closet light on for the next 2 years after seeing that movie at the age of 12.

“Good parenting makes my job tougher”. My oldest has a friend that has a mom who I’m sure smokes meth. Well, meth or crack, whichever allows you not to sleep. Not only is she a nurse at Children’s Hospital but she is a substitute teacher as my son’s school. When she is not creating an elaborate scavenger hunt to find the stupid elf on the shelf, she is coordinating the Halloween party. I want to punch her in the neck.

“Why doesn’t our elf go outside like Phillip’s elf?” My son would whine.

‘Because the elf is stupid’, is what I want to say. Instead I say,

“I don’t know, I guess our elf isn’t as active as Phillip’s”, I respond, placing all blame that our elf is a fat, lazy slob.

Last February I received a Facebook message from my mother in law. She sends me “ideas” during her retired time that she feels is appropriate and what I should do with my sons. Retired mother in laws on social media, especially Pinterest is beyond scary. The idea was to cut out 28 hearts per kid and attach a heart every day for the entire month of February on to their doors about what you love about your kid written on it. This means I would cut out 56 hearts and write 56 times, what I love about my children while attempting to work 40 hours a week, pack lunches, prepare dinner and clean house. If we were in a doomsday prepper bunker and really bored, I would entertain the thought. Point is, if you aren’t in the trenches, day to day, don’t send me this stupid stuff. I’m just trying to make sure my kid doesn’t look like a Walmart baby with a Kool-aid mustache.

I got my oldest a cell phone 2 years ago so that when they were alone for around 20-30 minutes, they had a way to call 911 or anyone else. Eventually P wore me down and I allowed him to join Instagram. For those of you that don’t know, Instagram is like Facebook for tweeners. Check their Instagram daily! I say this because about once a month, there is a request from a shirtless ho’ wanting to follow my son. I know it’s pretty much spam but he doesn’t. I also check his internet history. Entering middle school, I am dreading this check. I am also getting into the practice of knocking before entering his room.

And lastly wine. Not whine but WINE!  I don’t care, full disclosure, I’m on glass #2 of a Cabernet.

So what did I miss? What is your advice? I’ll take it if it makes my job a little easier.