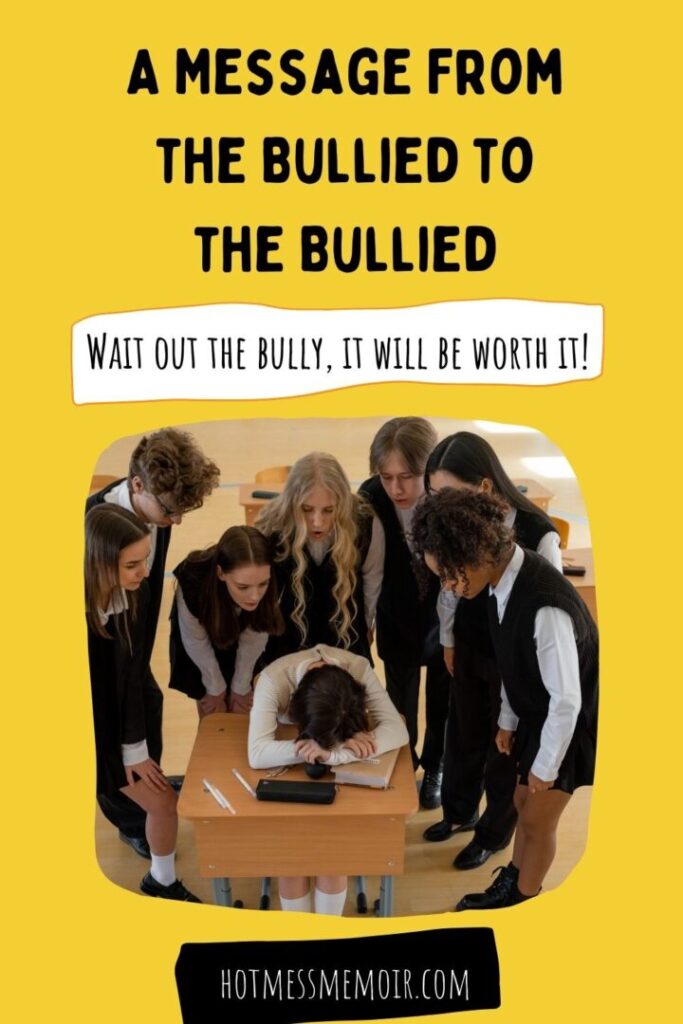 While the nation tries to wrap its head around what happened in Uvalde, Texas with those innocent babies being slaughtered, we are learning more and more about the teen shooter. Apparently, he was bullied, was a loner and had little to no friends. His mother was an addict and he was a high school dropout. By no means does this excuse his behavior and I hope he burns in hell. I will say though that many of these shooters were bullied in school and being bullied is in its own way, its own special kind of hell.

My First Year of Being Bullied

When I was in 3rd grade, I was bullied like crazy. I was called anywhere from dumb Italian to buck tooth, as the popular kid jetted out his 2 front teeth. And those were just the students. My teacher was a nun and borderline mentally abusive. In class, we were given duties and my duty for the week was to hold the door open for the class after recess. One day, I had to pee very badly and had a decision to make. I could either hold the door open, pee my pants and not face the wrath of Sister Mary Bitch. Or I could run to the restroom, relieve myself and face 20 minutes of being berated in front of the class. 15 minutes later, I was squeezing my corduroy pants with paper towels, trying to get as much of the piss that I could out of my uniform.

The bullying was so bad, that I left Catholic school to start 4th grade in public school. Somehow I thought public school would be so much easier. While 4th and 5th grade was pretty good, middle school proved to be almost as bad as 3rd-grade. I strived to be one of the popular kids yet somehow always managed to end up on the very end of the popular kid’s table. I was usually ignored, talked over when I tried to speak and was the butt of many jokes (many of the jokes I didn’t get and had to have it explained to me). To make matters worse, my then best friend, turned on me, making me even more of an outcast.

At the height of my frustration and loneliness in middle school, I had a kill list. One night, I had grabbed a red marker and ripped out a piece of paper from my notebook. I began writing each of the popular kids’ names and next to their names I wrote how they would die. Had I not had a stable family with values and felt loved, who knows how things could have ended up. I’m embarrassed to write that and it’s the first time I’ve said it out loud but I think it’s important for kids to understand: THESE ASS HOLES ARE ONLY TEMPORARY.

The Popular Kids, Where are They Now?

So if any kids are reading this that are currently being bullied, read on. I want to show you how the kids that you think have everything, are only human and honestly suck. You may be going through hard times but if you can make it to adulthood, I promise, you will delight in knowing that they are far from perfect.

And to all the social justice warriors, I’m going to come across as a complete ass hole. I honestly don’t care. If you have snowflake-like tendencies, please immediately go to a different website. This blog isn’t for you.

One of the 4 bullies I remember most, got a disease that caused him to have issues with growing. While most of us moved on to normal heights, he stayed a modest 4’3″. I told you I was going to sound like an ass hole here.

The Quarterback lost all his hair and has a nub for a head now. He had a business that failed in a very poor community and is currently trying to create a new business.

Ah yes, this ass hole. She had the confidence of a Kardashian and kept her legs opened longer than a Flying-J off interstate 70. She would not give me the time of day, just look at me in pure disgust. I think she was even prom queen or something. She’s now a fat ass, single mother of 4 kids (various fathers), and lives in a 3-bedroom ranch in a lower-middle-class neighborhood.

This one was beautiful, popular and her father bought her a beautiful purple Geo Metro convertible. I’ve never in my life felt more jealousy for when I saw her bopping around town in that car. I now look back very grateful that my parents bought me an 88′ Nissan Pulsar. At the time though, your 16-year-old brain hasn’t computed gratefulness.

At 18, she accepted her high school diploma 8 months pregnant. At 21, she was stripping while pregnant with her second. A few years later, she married some hillbilly and currently makes the Amish look glamourous. Last year, she became a grandmother for the second time at the age of 44.

Remember when I said my middle school best friend turned on me? In 7th grade, we went to the school dance. I decided I would dance like no one was watching. Best friend caught word that scary bully was making fun of my dancing. My only response was, “she’s just jealous.” Best friend thought it would be a good idea to convey my opinion to scary bully. Next thing I know, a crowd of 7th graders encircled scary bully and I as scary bully threatened to punch my lights out. Having never been in a fight, I did what I could to diffuse the situation, by apologizing profusely. I was given a warning and I spend the next 1.5 years of my middle school life avoiding scary bully. Honestly, I would not do well in prison.

Scary bully is now a God-fearing grandmother at the ripe ole age of 45. Similar to the model, she has adopted a modest lifestyle that makes buttered toast look exciting. She never went to school and has never done anything notable.

I’m not going to lie, some of the people that were school ass holes have done very well for themselves. When they brag about their successes on Facebook, I prefer to focus on other factors like their incredibly ugly children.

And if the bullies look perfect on social media or you hear nothing but amazing stories about them, there is always one bad thing. Even the most perfect person has a disgusting trait we’re not seeing.  It could be physical or mental. They may pick their nose or be unable to hold a fart in. Perhaps they’re incredibly depressed but keep it well hidden.

Just survive school. Survive the dicks around you. You can wish them harm but don’t act on it because you’re only cutting your life short. I’ve learned a very valuable lesson over the years. You don’t have to do anything to the people that harm you. Why? Because humans are really, really good at being their own worst enemies. Why risk your future when it’s only a matter of time until many of these dumpster fires self-destruct. 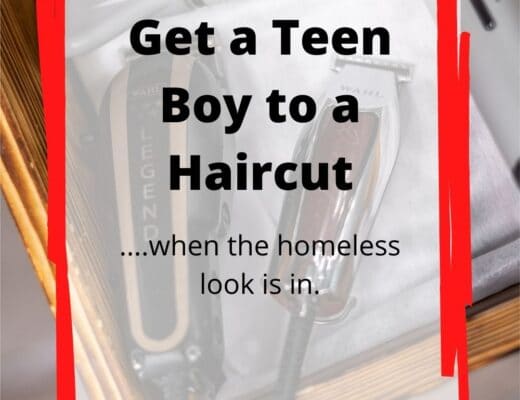 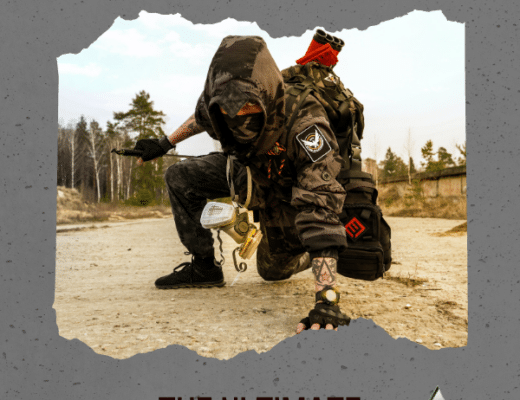