The Parents vs. The Children: Reusing of Bath Towels 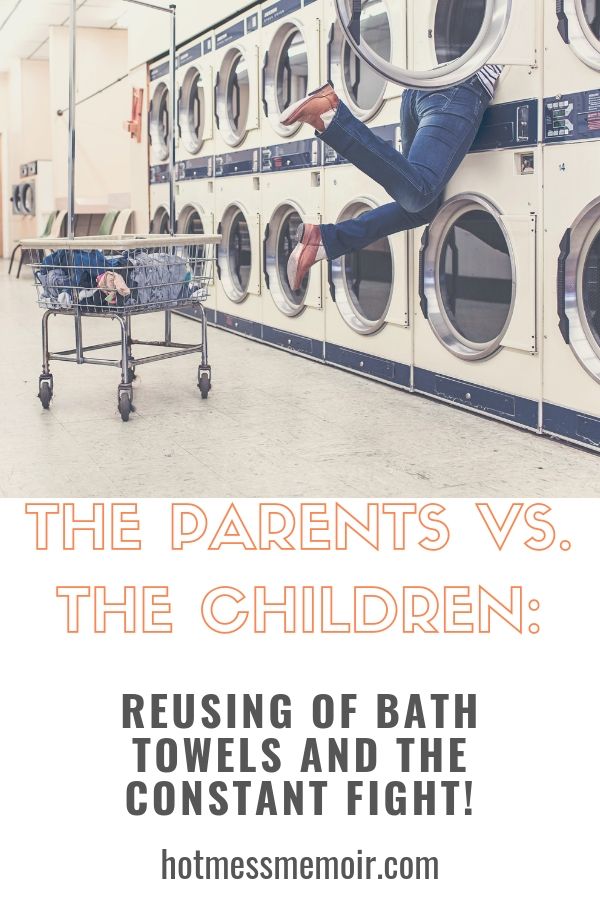 I have something super mundane to talk about with you guys. It’s a problem that I don’t know how to solve: the reusing of bath towels in my house. At first, my sons would use a towel to dry off with then throw it immediately into the laundry basket. While they did that, my husband and I used a towel to dry off with then hang it on a hook on the back of our door. We’ll use them a few times until they seem damp and then I’ll wash them. Isn’t that what much of the world does?

Not the sex talk people, we’re talking about towels. Remember? Anyway super mundane, we sat the boys down and told them that this is too much laundry and that there is no reason to only use a bath towel once. Washcloths, I totally get. Those are normally a 1 use unless all you did was wash your face.

They looked at us as if we had just asked them to bathe in a bucket, in the garage, in lieu of the shower. God forbid we ask this of them. We then threatened them that if they continued to use the towels only once, they would have to start washing the towels.

Towels When I Was Growing Up 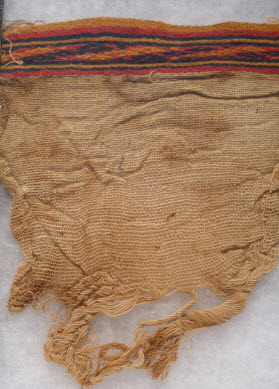 Growing up, I shared a house with my mom, dad and 2 younger sisters. We never used a bath towel more than once. This would explain why as a teenager, our bath towels resembled that of an archeology discovery of a primitive loincloth. The towels were frayed on the ends and almost see-through. It would also explain why my parents couldn’t keep up with our demand for a bath towel. More than once, I found myself drying off with a hand towel, unable to even get it around my left thigh. So yeah, perhaps my parents should have enforced a use more than once policy.

How Our Sons are Getting Around the Reuse a Towel Policy

It’s pretty sneaky to be honest with you but it’s been going on for far too long and it has to stop. We explained that once they use a towel, they have to hang it up and re-use it again. You know what those little ass holes are doing? And I mean “little ass holes” as a term of endearment, I really do. They’re using the towel, hanging it up but then getting a fresh towel. They then use that towel, then hang it up. Our towel hooks have gone from holding 2 towels to up to 8 at a time.

I haven’t addressed it yet because I don’t know if I have the fight left in me to do so. Like, there’s only so many ways you can say, “use a towel more than once.” I find it pretty pathetic I’m going to have to ground my children over not using a towel more than once. I’ve explained to them that if you’ve washed appropriately, the towel is just wet. Not dirty, just wet. I thought about putting towel hooks on each of their doors and explaining they’re responsible for those towels. I’ve thought about assigning a colored towel to each kid but most of our towels are cream or light peach. I’ve even thought about putting a lock on the cabinet under our sink holding the towels. I don’t want this place to turn into a prison where you’re assigned a color and a certain number of towels. I’ve never been to prison but have watched Orange is the New Black so that counts, right?

Are we the only parents dealing with this? Do your kids turn into divas at a hotel, demanding extra towels? Should I pursue this fight or keep washing the towels? Ugh…..