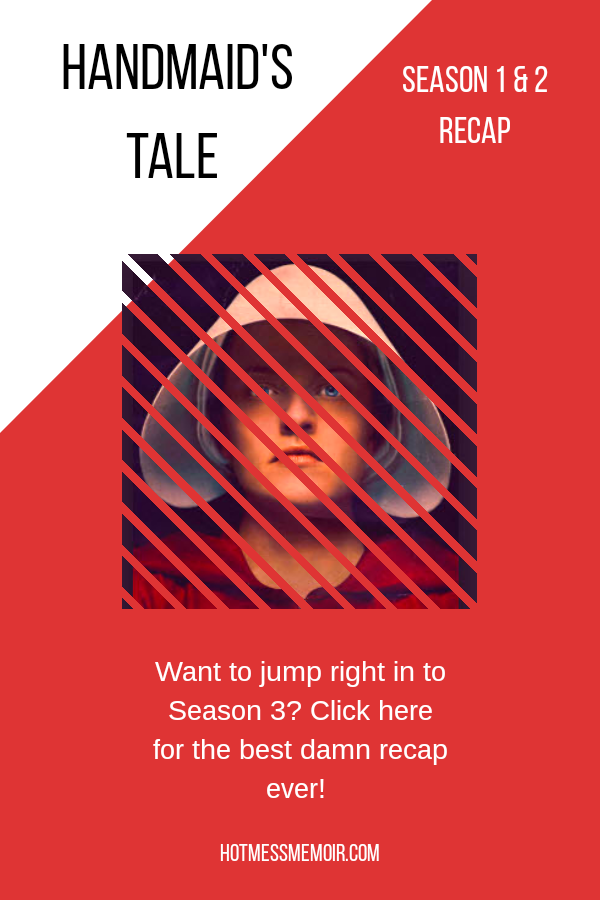 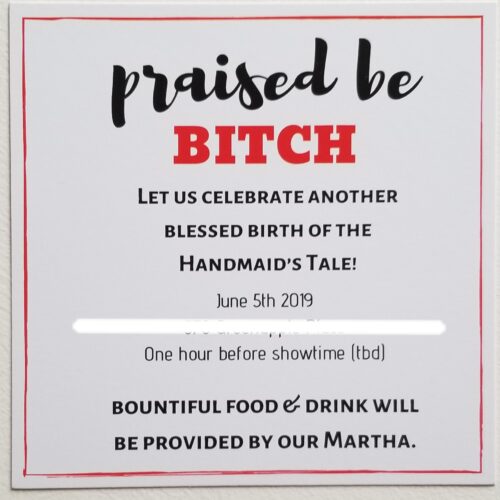 I’m having a Handmaid’s Tale watch party next Wednesday and I’m so excited! I understand that out of everyone I invited, maybe half have never seen the amazing Hulu show so I have a solution! I’m writing a complete “catch you up on the Handmaid’s Tale” guide. My goal is after reading this, you’ll be 100% caught up and can jump right into season 3. I mean, with invitations like this, it’s kinda my duty to supply the cliff notes. Let’s get started!

Based on the 1985 dystopian novel, The Handmaid’s Tale by Margaret Atwood, the United States is no more. The government has been overthrown by radicals that call themselves “the sons of Jacob” and is now known as the Republic of Gilead. Gilead is now a theonomic military dictatorship, censoring pretty much everything and taking away the majority of rights. I mean, women aren’t even allowed to read or write! Bu-bye smart phones! Thanks to radiation and pollution, no one’s having babies in Gilead, except for a few women. So the brilliant men in charge of Gilead have a “super” idea: Let’s hold these fertile women hostage and rape them till they produce a kid! Thanks to poor interpretations of the bible, of course all bad behavior is excused by quotes from the bible.

The handmaids learn how to be raped (obviously this is sarcasm) by living at training centers (many are former schools). At the centers, they’re taught by bat-shit crazy women called “Aunts”. For unruly handmaids, the aunts have the authority to deal with you by any means necessary, including the use of a cattle prod. Handmaids stay at these centers until they’re assigned a commander’s home. They go to the commander’s home, have sex with the commander (while the wife holds the handmaid down, I shit you not), pop out a baby and go to their next “assignment”. If you produce a baby, great! You’re in the club and aren’t exiled to what’s known as the colonies. If you’re sent to the colonies, plan on life threatening work and a life expectancy of about three years. 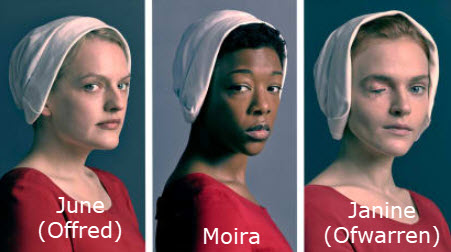 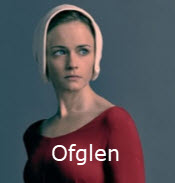 Handmaids– Wear only red. Though they had names before the rebellion, they are now named after the commander’s first name so if your commander is Bob, your new name would be Ofbob. 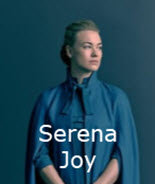 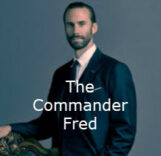 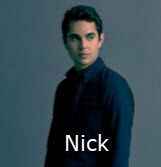 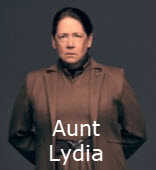 Marthas: wear beige and are older, infertile women who are the domestic servant of commanders and wives.

Econowives: women married to low-ranking men. These bitches are expected to do it all like produce kids, clean and cook. They wear stripes to indicate they have to do it all.

Angels: men sent to the front lines to protect Gilead. 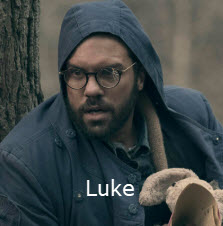 Before most of congress and the president are killed by fanatics, June Osborne is living a normal life with Luke and their young daughter, Hannah. Once shit hits the fan, the Osbornes attempt to flee to Canada but June and Hannah are captured and June thinks Luke is shot dead. June is separated from Hannah and sent to a training center where she reconnects with her BFF, Moira. June and Moira attempt escape. Moira succeeds, June does not and is sent to Commander Fred’s home as a handmaid.

June eventually strikes up a relationship with Nick unfortunately at the same time, being raped by the commander during “ceremonies” (the rape). June becomes pregnant. Perhaps it’s guilt but the commander arranges a secret meeting in an abandoned house for June and Hannah. At that point, Nick is captured and June hides away in the house and gives birth alone. Yes ladies, I said alone and I really can’t unsee what I saw. Though June names her Holly after June’s mother, once the Waterfords (Fred and Serena Joy) catch up with her, they rename her Nicole.

Nick moves up in the ranks and is gifted a young wife, Eden. Eden attempts to be a good wife but can’t help falling in love with another solider. Nick’s totally cool with that because he loves June anyway.Eden and the solider are caught. Does Nick and Eden get a divorce? Hell no peoples, this is Gilead. Eden and the solider are taken to an indoor pool where all the elite men and women watch while forced to climb the high dive. Cinder blocks are then strapped to their ankles and they’re thrown in the pool to drown.

A resistance is growing. A handmaid sets off a bomb at an opening ceremony of a new center killing 26 commanders and 31 handmaids. This obviously allows for a few handmaid jobs to open up so it’s decided to bring back Emily (Ofglen) and Janine (Ofwarren) who had been exiled to the colonies.

Meanwhile, Fred was injured in the attack and is incapacitated. Serena entrusts June (who used to be an editor, I think) to help with Fred’s duties. Serena is so bold as to even have Commander Cushing arrested (I can’t remember for what but I remember it being reasonable). How does Fred repay her? He beats her.

Also, Serena is starting to realize what a shit show she helped create. She brings together other wives to support an amendment to allow girls to read the bible since reading is forbidden by females. How do you think that went? Pretty bad considering Serena got a finger chopped off for even suggesting it. Bruised and 9-fingers later, you could see why Serena is starting to change her mind about the whole Gilead thing. 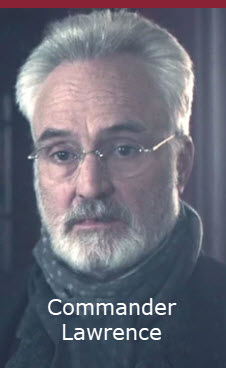 I should mention that Moira and Luke have been living in Canada. During a diplomatic trip for the Waterfords to Canada, Nick hands off a letter from June (obviously she found out he didn’t die) to Luke, updating him on her current circumstances including the pregnancy. She doesn’t disclose that Nick is the father.

When Emily (Ofglen) returns from the colonies, she’s assigned to Commander Lawrence, an original founder of Gilead. Aunt Lydia stops by to check in but Emily was having a bad day and stabs her multiple times though Aunt Lydia survives the attack.

Though we’re still trying to figure out Commander Lawrence’s deal he actually helps Emily, June and Holly escape to Canada In a shocking twist, June gives Holly to Emily, shuts the van door and decides to stay in Gilead. Obviously not because of the “handmaid perks” but to fuck some shit up.

And so my friends, this is where I leave you. You should be 100% up to speed. I’m sure I forgot a few things but I’m confident that this post has given you enough context to enjoy season 3. Want to season 3’s trailer? Here you go! If you have additional questions, please ask them in the comments below!