Hot Mess and the Spider 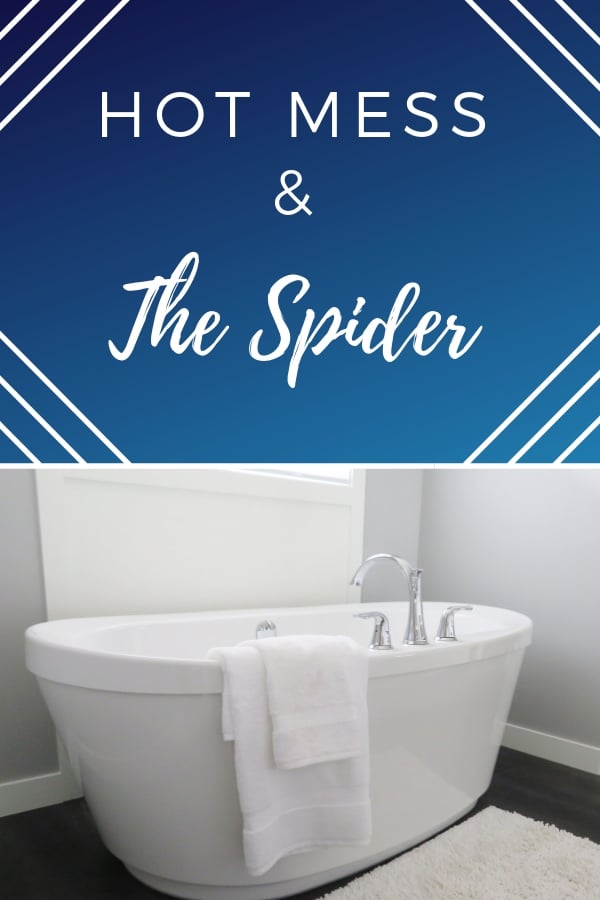 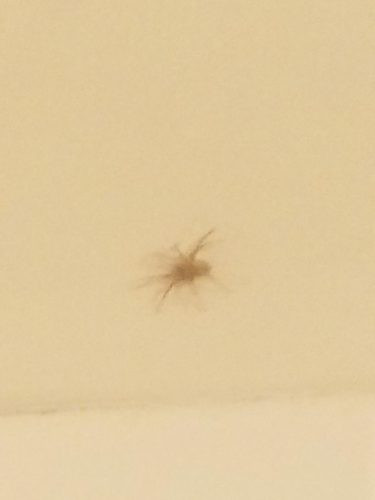 I just got out of the shower and it was a fast one. I had just finished rinsing out the conditioner in my hair, only to look up and see this little ass hole, mall walking his way over to the shower.

“No, no, no….stop right there!” I said to the spider as if it spoke and understood perfect English.

It just kept crawling over like it was holding a cup of piping hot coffee in one hand while his other 7 hands were on the steering wheel, yellin’ out the window, “this is my route to work, GPS never lies”.

‘Oh God, what if it’s one of those brown recluse spiders?’ I thought. ‘It drops down on my skin, bites me and I have to have a shoulder-blade removed?’

I eyed the spider while I squirted a dollop of bath wash onto my washcloth. I attempted further communication with the spider.

“Stop, you don’t want to do this!” I told it as I slid the towel hanging over the sliding doors to the side away from him. By now, he had reached the shower tile and I noticed how the tile glistened from humidity.

“Don’t go on those! They’re slippery and you’re gonna fall on me!!”

As if he understood, he began to walk away from the tile, stopped then turned around. He looked like he had one too many legs.

‘Oh my God, what if it’s a Siamese twin spider and now I need to capture it so it can be studied by the medical community?’ Then I was like ‘fuck it, I’m not getting near that thing. It’ll scream if I kill it.’

The spider just stood there. Now I was getting a little creeped out, but in a different way. Was it watching me shower?

It stared at me. I stared back.

“Are you a peeping Tom?” I asked it. “Get out of here. just leave! Oh my God!” Now I was annoyed. Was he just taunting me for shits and giggles? Obviously I overestimated how smart spiders are but still! I rushed through what I had planned on being an extended, hot, shower. Instead, the devils insect put a wrench in that plan.

I never killed it so now that stupid little ass hole is probably walking around my room, trying on my clothes, wondering if these jeans makes my butt look fat.

P.S. I just Googled Brown Recluse to ensure I had the proper spelling and the images that popped up really do resemble a Brown Recluse. Fuck me. Well….at least I let it live.