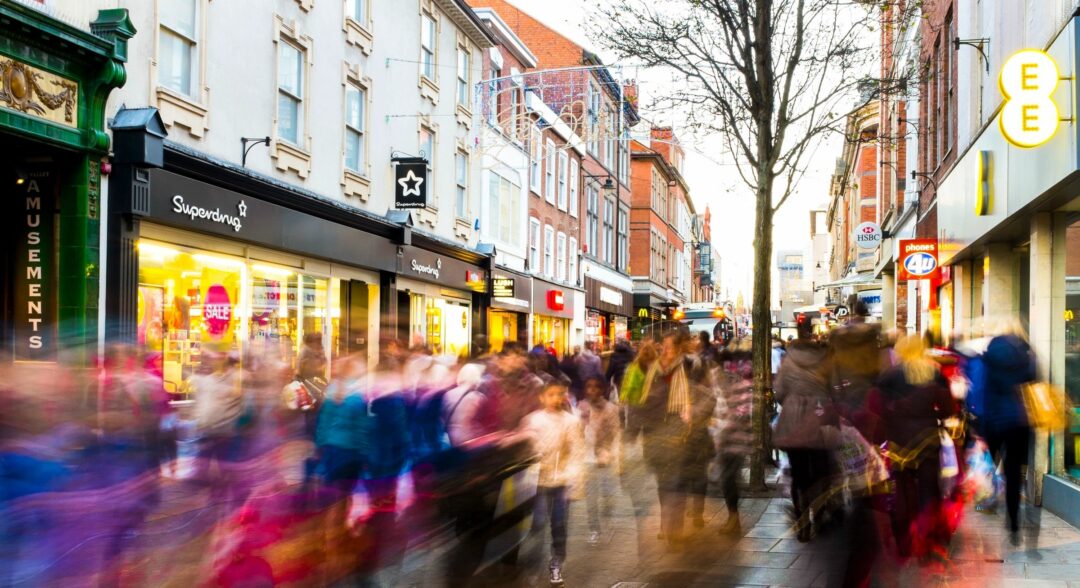 I knew going into a large lifestyle center (that’s basically an inside/outside mall) 72 hours before Christmas as well as Wal-Mart would be a nightmare. What I was unprepared for was what I would like to call a miraculous nightmare. 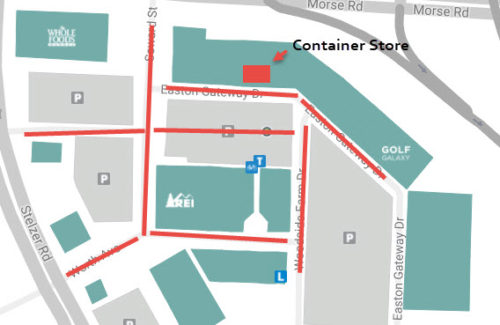 “So it’s so easy, you just pull into the parking place, call them and they come out with your order!” My sister-in-law told me one night last week while sharing a bottle of wine.

She was referring to the drop front shoe boxes she ordered online from the Container Store for my son. My 12-year-olds latest hobby includes collecting shoes I can’t afford. So really, I don’t know what he’s going to display in the boxes. Flip flops?

I instantly regretted pulling into the parking lot. This really doesn’t reflect the gridlock I sat in. From the main road, it took 15 minutes to drive to a parking space. Finding a space wasn’t a problem, it was just getting remotely near the store. All the red stripes represent the lines of cars that wouldn’t move. The main problem is this: the layout of the stores and parking lot combined with the 300 stop signs placed every 20′ aren’t conducive to holiday traffic.

For anyone that has read my blog for a while, you’ll know I loathe Wal-Mart. But they had a Nerf gun my cousin wanted so I was forced to pick it up. If I go to hell, I will be the Wal-Mart greeter, for all of eternity. 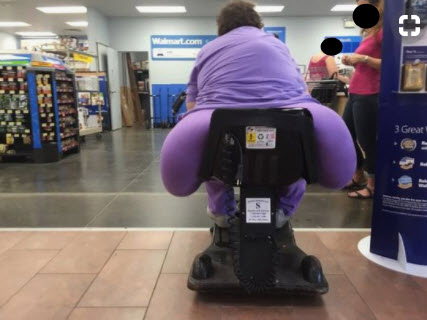 Once inside, I checked in at the pick-up area, told the lady I needed to go buy something else and would be back in 10. I began to do my mall-walk, prancercise, whatever you want to call it. My objective was to get in and get out stat! My pace was almost brought to a stop when I was met with a 400 pound woman slowly steering her electronic scooter as if she was the only one in the aisle.

After clearing scooter slow-ass, I ran into my next obstacle. I was behind a teen mom and her mother who were taking a leisurely stroll in the middle of the aisle. Pay no attention that this place is almost at capacity and you are walking slower than scooter slow-ass is driving. Please, take up the entire walk way, I insist, we’ll work around you. The front desk called ladies. It said you can pick up your Mt. Dew and Duck dynasty blanket now.

Then there was the toy department. As I stood at the beginning of the boys’ aisle, I debated on running the other way. I hadn’t eaten dinner yet and I was extremely hangry, not to mention emotionally drained from the parking lot nightmare. The aisle looked like Lord of the Flies went shopping on Black Friday. There were Lego boxes in the Star Wars display. A loan Nerf gun lay face down on the ground. Captain America masks dangled off hangers, threatening to drop down at any moment. A couple, who obviously just began their Christmas shopping today, stood over their full cart, arguing over which Pokemon cards to get junior. In the distance, I heard the faint echo of the Wal-Mart baby screaming. You know the Wal-Mart baby, they have a Kool-aid mustache, probably wearing no shoes and green snot oozing from their nose.

Just as I was on my way home, I slapped my forehead, realizing I hadn’t picked up my husband’s tobacco gift at a place called Pipes and Pleasures. It honestly sounds like a strip joint where drugs are welcomed. I looked at my watch, 4:40. This meant I had approximately 40 minutes left of sunlight because all be damned if I was going to go to this part of town after dark.

As I pulled up, my goal was to find the least rapey parking space. All 8 parking places were taken so I made my own parking place, parking somewhat in the grass/street. I grabbed my purse and ran as fast as I could to the door.

Forgetting if I had to be buzzed in or not, I took note of the bars on the door. Once inside, I was overcome with all sorts of tobacco being smoked. My eyes instantly watered. Apparently there was a tobacco party happening in the back, hence the full parking lot. I wonder if it’s like a pot luck. What does one even bring to a tobacco party?

At last, I can say I am finally home and not raped. I’m about to wrap all the gifts and I pray to God I am done. Are you done with all of your shopping? Tick-tock my friends!