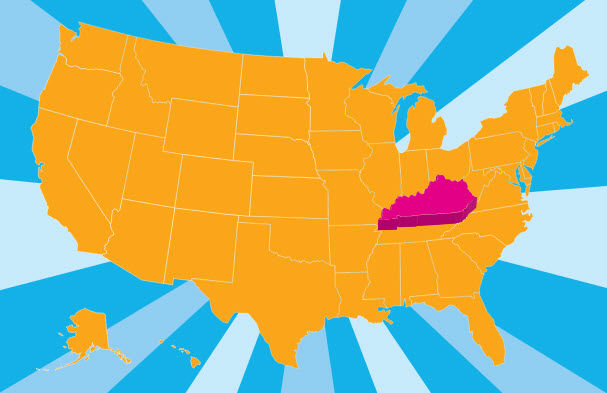 I’ve always dreamed of going to the Kentucky Derby but doing it right with a beautiful hat and being in a VIP suite to watch a race I don’t give 2 shits about.

After 5 minutes of waving my mouse around, wondering why it wasn’t working, only to discover it wasn’t plugged in, I can tell you good people about how I’m going to Kentucky. I’m in Ohio and Elizabethtown, Kentucky is 4 hours away from us. Why  our soccer club picked this tournament above all tournaments is beyond me. Don’t they have soccer tournaments in Florida? New York City? Las Vegas? A girl can dream.

Because I’m a hotel snob, I did intensive research to find the best hotel. My oldest’s team was staying in some shit hole where bed bugs was a complaint on many of the reviews and the lobby resembled that of a modest church reception hall. No thank you. Because it’s Elizabethtown, Kentucky and not Elizabeth, New Jersey, the best option was the newly remodeled La Quinta. I haven’t stayed in a La Quinta since 1989 when my parents went off to a New Years Eve party and left me in the hotel room with my 2 younger sisters to watch. I felt bad ass though as we unwrapped the plastic cups by the sink and opened our sparkling cider to pretend it was champagne. We would fall over the beds, pretending we were drunk. Unfortunately or fortunately, this isn’t too far from what will probably be happening at this La Quinta.

“Wait. You guys are going on a bourbon tour?” I asked one of the dads last week while standing on the sidelines of C’s soccer game. I was referring to post game shenanigans, while in Kentucky. He shook his head yes.

“Have you booked it yet?” I asked.

“No, we’re just planning on going.”

“And your leaving us with the kids? I don’t think so compadre.” I quickly took out my phone and googled bourbon tours Kentucky.

“Check wineries. They probably have wineries!” His wife chimed in.

“Good idea!” I quickly deleted bourbon tours Kentucky and replaced it with wineries Elizabethtown Kentucky. If the guys went on a Bourbon tour, I had visions of us moms only getting to go as far as the Texas Roadhouse which is supposedly next to our hotel.

“The one that books it first, get’s to go!”  I said. My race was cut short though as the game began.

“This isn’t over!” I yelled-whispered to him.

So this Friday, we will be leaving around noon to make the journey to Kentucky for a weekend filled of soccer. I plan on bringing my Cards Against Humanity expansion deck and I am so excited! I got it at Christmas and have yet to play. Plan on blog posts straight out of Kentucky!