HBO’s The Gilded Age is My New Favorite Show! 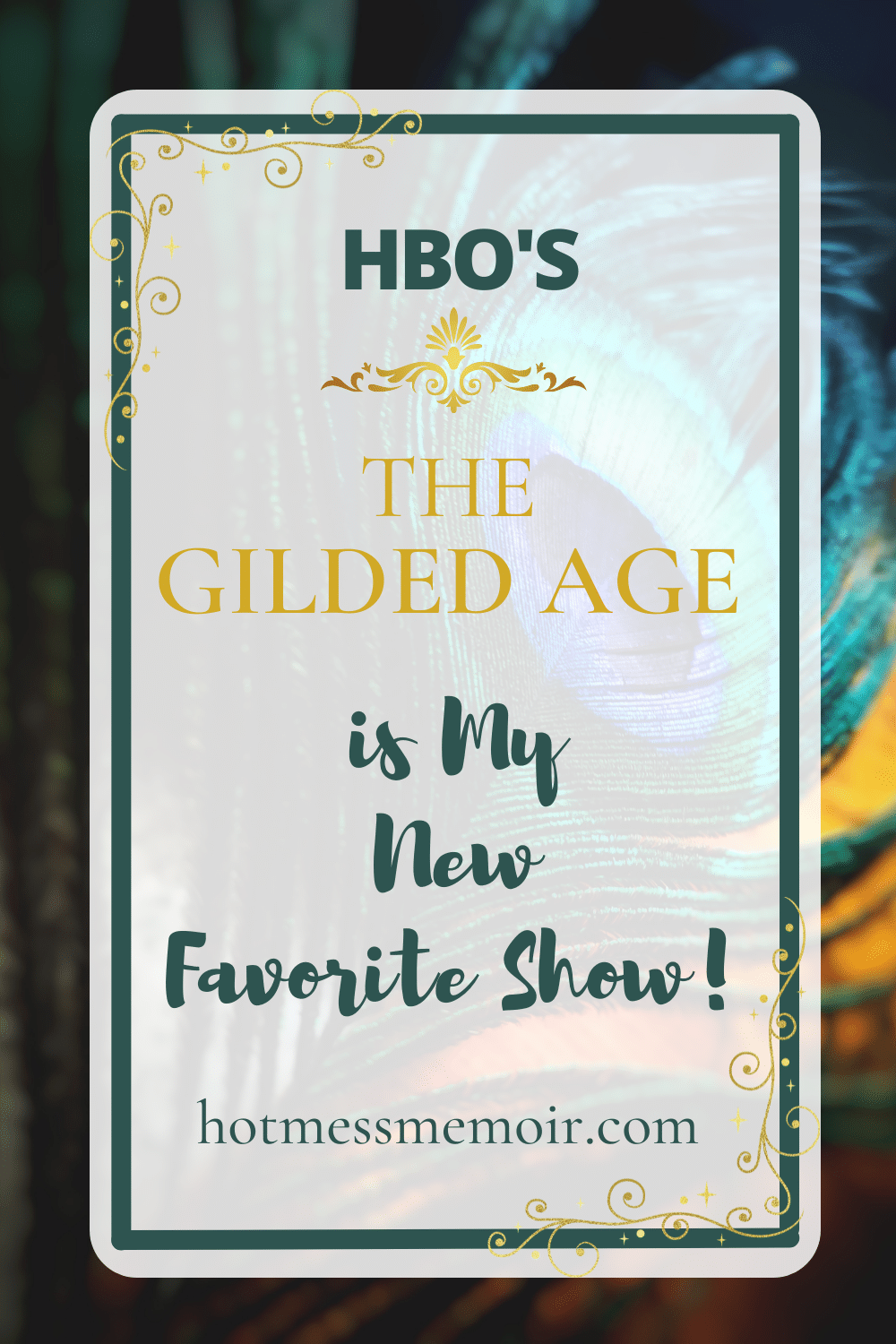 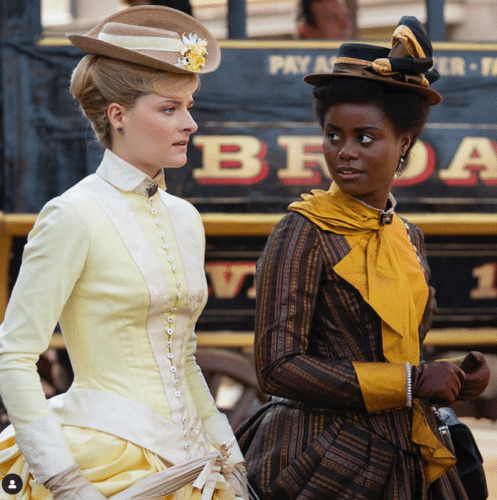 Set in New York City in the 1880’s during one of the most prosperous times for the United States, we see the clash between old and new money. The first episode opens with young Marian Brook on her way to live with her old-money aunts, Agnes van Rhijn and Ada Brook. Though an adult but not yet married, her aunts have committed to letting her live with them after their estranged brother dies. In the first episode, we also meet Peggy Scott, an African-American, aspiring author. Peggy actually saves Marian by purchasing her train ticket as Marian realizes she has lost her purse.

Across the street from Agnes and Ada’s mansion is a palatial new estate, home to George and Bertha Russell along with their son Larry and daughter Gladys. The Russell’s are new money thanks to the fortune George Russell has amassed from the railroads. While George works hard to ensure their financial security, Bertha Russell works even harder busting through the impenetrable wall of the old money club.

Yes, it has some major Downton Abbey vibes. From the intro music to the cinematography to the staff below the mansions, you can’t help 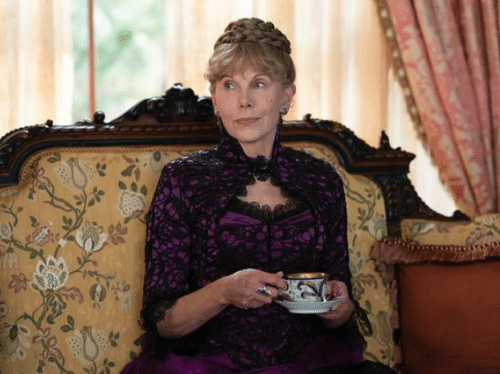 but see similarities. With regards to the characters, especially the house staff, you can’t help but see similitude. I could easily say, this character is the Daisy or Mrs. Patmore of the Gilded Age. In my opinion, Agnes van Rhijn runs parallel with Downton’s matriarch, Violet Crawley. Like Violet, Agnes struggles with change and always has a snarky comeback. Agnes comes across so snobby to the point of being obnoxious.  At first, I wanted to hate her but as her character develops, we learn some of her behavior is a must for survival in her world. If we look at this from an 1880’s mindset and not 2022, we can appreciate why she says what she says.

In contrast, there are characters I see zero parallel with any character from Downton Abbey. The character that comes to mind first and my most favorite, is Bertha Russell. She unapologetically is coming for the old money club and she makes zero concessions while doing it. Her goal is to not only raise her family’s status in society but to be the top family in society. Normally when socialites of this time slight a social climber, the social climber takes it. Slighting Mrs. Russell is on par with slighting a piranha. Sadly, many of these families learn this the hard way. 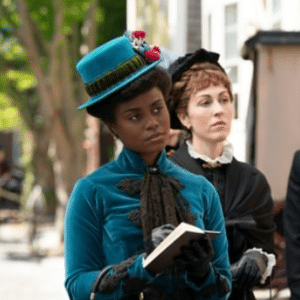 Julian Fellowes beautifully weaves the story of Peggy Scott into the series, showing what life was like for a young black woman in 1880’s New York City. I didn’t know there was a black elite class in Brooklyn and Peggy is part of it. Julian Fellowes knows this naivety exists among us and masterfully addresses it when Marian decides to visit Peggy with preconceived notions. It’s a scene that is awkward for the characters and leaves us squirming in our seats at home.

What I also appreciate is that this storyline isn’t contrived. What I mean by that is he didn’t instantly install Peggy’s family into the Upper East side, maybe as neighbors of the Russell’s. As wrong as it was at the time, we all know this would not have happened in the Gilded Age. And yet Fellowes still found an authentic way to show what life was like back then for an African American.

The icing on the cake is the official Gilded Age podcast and I absolutely love it. Gilded Age airs on HBO on Mondays then the podcast comes out the next day. They have all the stars on the show as well as many crew members and contributors. I love it because we get a behind the scenes look at the show. It’s just really cool to hear about what went in to making certain scenes and what the actors went through to achieve the authenticity. 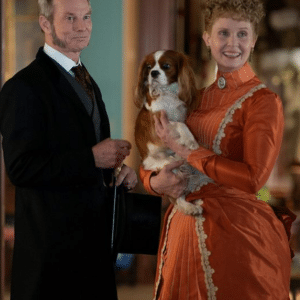 Two More Things I Love About This Show

I love Pumpkin and the fashion! Pumpkin seems to be in every episode and is spunky, always getting into trouble! I did post on the Gilded Age Insta page that Pumpkin needs his own account. Stay tuned for that!

The fashion is ABSOLUTELY breathtaking! And it’s not just the details of the fashion and the accuracy but it’s also the breadth. Just when you think the women have had to of worn all of their dresses, they appear in a dress you’ve never seen before. Mrs. Russell’s attire is absolutely stunning. In one scene she was wearing a gown that made the women of the Oscars look dumpy. This is when she announces “we have to get dressed for dinner.” Wait….what? 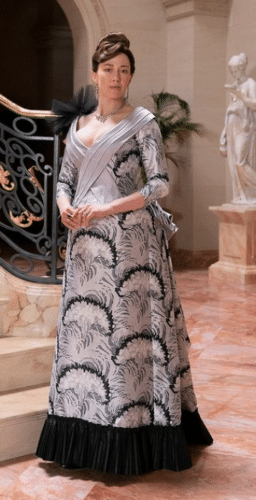 One of Mrs. Russell’s many elegant gowns.

So yeah, you guys need to check this show out. And for guys on the fence, it’s not just a chick flick, my husband loves the show too. There’s plenty of titans of industry If you have been watching it or plan to watch it, let me know in the comments! 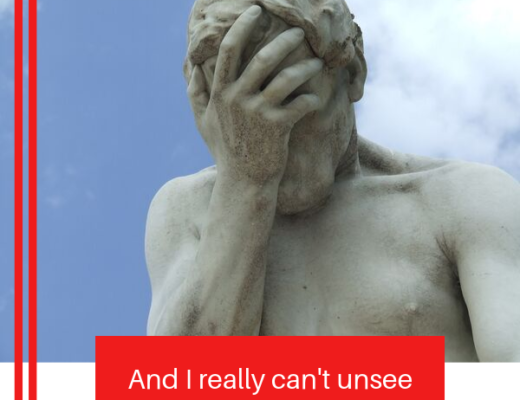 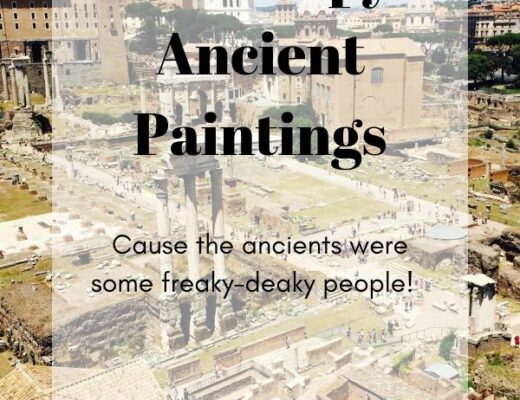 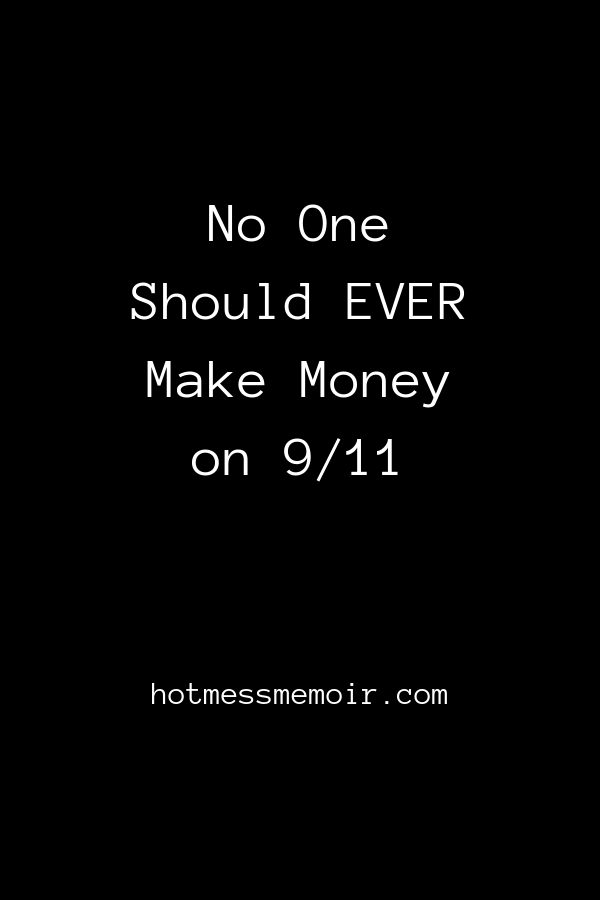 No One Should EVER Make Money on 9/11