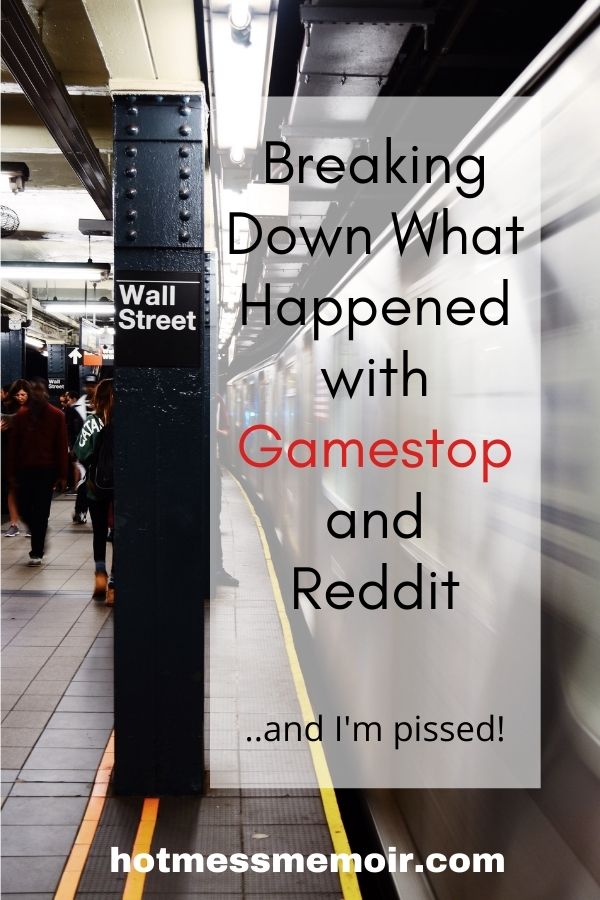 Ok, so because 2021 is the younger sister of 2020 and attempting to prove herself to big sis that she can be just as bat shit crazy, let’s add another layer to the whole situation. Let’s talk Gamestop, stocks and Reddit.

Earlier last year, I became interested in the stock market and created an account on Robinhood. I won’t link to them because I’m livid with them but we’ll get to that in a moment. I set a lofty $2 a week to be deposited into my account and I think I may have thrown in an extra $20 to get started along with my 2 free stocks. Over the past year, I’ve done my research and though I have very little to play with, my gains were around 104%.

Understanding What a Short Sale Is

Ok, I didn’t understand short sales till yesterday but now I do and hopefully, I do a good job explaining. Let’s start with a company that isn’t doing great. Based on history, what’s happening right now and what you think is going to happen in the future, you decide that Gamestop is on the decline. You go to a broker and borrow 1 share of Gamestop. I didn’t know you could borrow stocks but apparently, you can.

Next, you sell the borrowed stock immediately for $20. You now have $20 but you still owe the broker that one borrowed stock. The price of that one stock drops to $12 and you decide to buy it back (called covering). You give back the stock and your pocket $8 bucks.

But let’s say Gamestop didn’t drop in price but instead increased to $25 per stock. You still need to give back the borrowed stock so if you decide to buy back at $25, you’ve lost $5. If you wait, there’s no telling how much of a loss you could incur. As you can see, there is a massive risk involved.

A Reddit group called Wall Street Bets noticed a hedge fund had done the above to Gamestop but on a massive scale. Collectively, this group decided to buy as much Gamestop as their savings would allow. I went on Wall Street Bets and read many posts. People were putting their life savings into this. Some skipped out on paying the rent. Many had already made six-figures from this idea. I saw sweet stories of how someone could afford college now. I saw another where his family had lost everything in 2008 thanks to Wall Street and this was his revenge.

I put $100 towards Gamestop yesterday and around 3 PM I was nervous because the value had fallen and though I was losing only $2-$3 dollars, I was nervous. I was proud of that $120 I had made off another stock and didn’t want to lose it so I decided to sell it back for $102.10.

This morning I checked the stock and about fell off my chair. It was near $500/stock. Since I had only bought .3 of a share, this would have netted me $60 for doing practically nothing. My regret turned into relief later in the day when I noticed the price fell below what I had bought it at.

But it didn’t stop falling.

I caught word that not only Robinhood but several other retail investor apps decided to shut down our ability to buy Gamestop, Nokia, Express, Sundial, Naked, Blackberry and a few other brands that were experiencing similar spikes. I attempted to order more Nokia and Sundial when I was met with the following error messages:

Folks, there are 3 things you don’t fuck with for me:

Real simple. I can work through the anger of pretty much anything else but you screw with those three and you better be prepared.

Good for Thee, Not for Me

So let me get this straight. Because the “wrong people” were getting rich, we are cut off? Because an online group figured out Wall Street’s game, just from another angle you needed to shut it down? Unacceptable.

I began to tweet faster than Trump on cocaine. I won’t bore you with my declarations. Just know I called one of the CEO’s a POS and congratulating them on how not to run a business. I declared on Facebook that it would become my life mission to destroy Robinhood. I bought shares of Nokia and AMC the day before but because of the halt on trading, this caused my stocks to decrease in value. I haven’t lost a lot. I have however lost the potential to make a considerable amount. Especially because I was prepared to buy back some Gamestop when it dipped.

I am out for Robinhood because they broke their agreement with me and thousands of other Americans. Today, they taught us that they are allowing us to make some money but not over a certain amount. Especially when the elite are getting screwed. So grab some popcorn because I’m pissed and not letting this go. 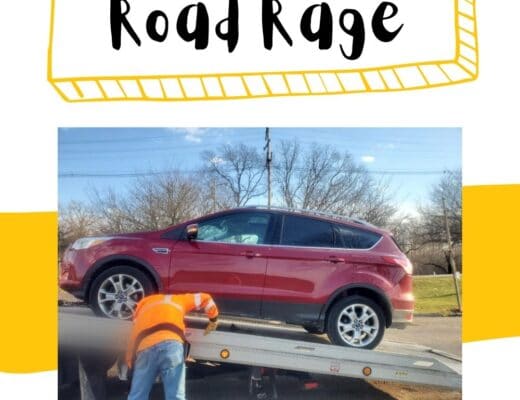