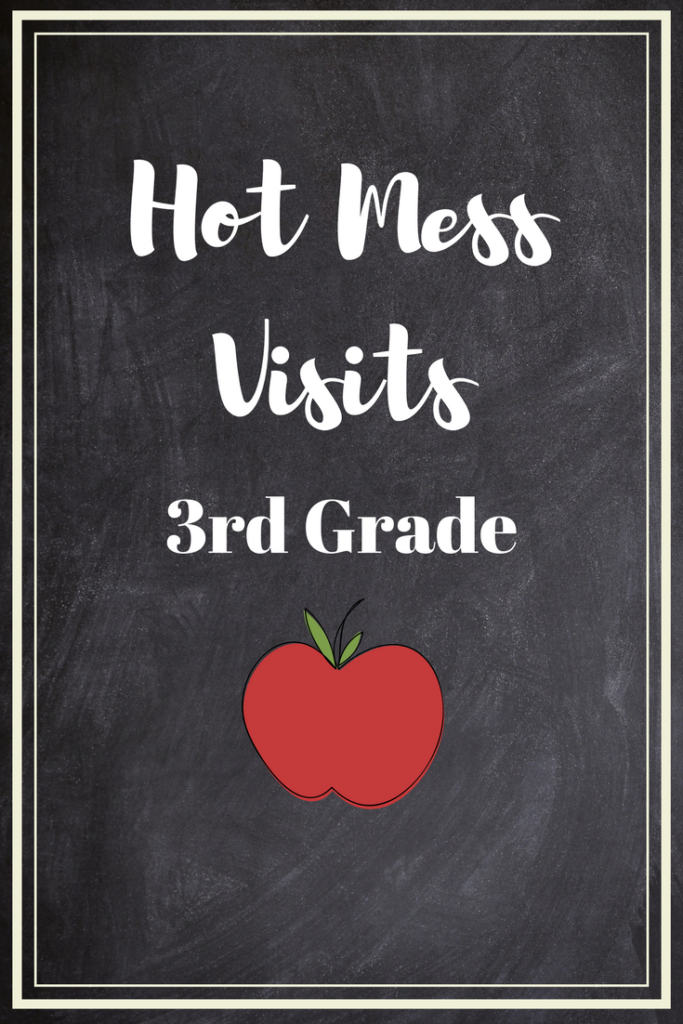 On Thursday, my son gave a presentation called Explorer of the Week and parents were allowed to attend. Basically each week, one child is assigned to be the explorer, get up in front of the class and talk about himself. They can bring in pictures or anything they feel represents them. C brought in 10 pictures and was going to bring in medals, but forgot. After the 10 minute presentation that I drove 31 miles from work to attend, we also had the option to stay for lunch. I brought McDonald’s and prayed the fries wouldn’t get too cold before we ate them because let’s be real. Once McDonald’s fries are cold, you might as well be eating a foam to-go container.

We all lined up in the class and filed out quietly. My son kept looking up at me, pleased I was here and eating lunch together. Once we were at the threshold of the lunch room, my first instinct was to run away as it was loud and dirty. Once we sat down to the crumb filled table, I was certain eating lunch on my toilet would have been cleaner than the current situation.

Seconds after sitting down, a group of 3rd grade girls came in and sat across from us. They began their awkward stare of me as they got out lunchables and Capri suns. One girl had some sort of nasty stew she was eating from a purple and pink thermos. The girl across from me but 3 down, piped up,

“How did you get to come in and eat with him?”

“But how do you get to come in,” she demanded again.

This girl was annoying me now. First of all, she didn’t answer my question. Second, she hadn’t even opened her lunch box. An act in which would shut her up so I could eat my chicken snack wrap in some semblance of peace.

“I don’t know if it’s different in each class. Just ask your teacher when you get back in from recess.”

This answer was acceptable to her as she began to unzip her blue nylon lunch box.

C’s best friend sat on the other side of him. I looked over to see what he had for lunch and chuckled. He had an entire sleeve of Ritz crackers, a baggie of Colby cheese, american cheese and swiss cheese. Apparently his parents thought he was going to a graduation party and packed a cheese tray.

“Listen, since they accidentally gave you 2 fries, see if any of your friends want some.” I told C.

“Yeah, we aren’t allowed to share food with other kids. But Kyle and I share all the time.”

I’m going to sound like a grumpy old person but what has this world come to that you can’t trade food at lunch time? This is what the entire kid/lunch black market is built upon. Like deals made on a golf course, the lunch room is where cosmic brownies are traded for potato chips. It’s where you can get rid of the nasty sun chips your mom packed you, to a kid that oddly adores them, for a baggie of cheese puffs.

As I grappled with this new world of no trading in the lunch room, my son raised his hand and a teacher came over.

“May I please have some ketchup?” He asked.

‘What is this, a restaurant? Can I ask for a glass of Cabernet?’ I thought. As this exchange was happening, a bell rang and the table next to us quickly got up and left enough crumbs and trash to make an entirely new lunch. The custodian came in and quickly wiped down the long table and folded it up. 30 seconds later, I hear what sounds like a motor start. There in front of my eyes, he is riding what looks to be a miniature lawn mower. It’s sucking up all the crumbs and messes on the floor. You know at a hockey game the big machine comes out to do something to the ice (I don’t know what it’s called), that’s what he looked like and it was hilarious.

Confident I had now contracted the bird flu, H1N1 and SARS from my 20 minutes in this lunch room, I let my son know it was time for me to go. I told him I was so happy I got to come watch his presentation and eat lunch with him.

And that was my experience in a 2018, American lunch room.