Anniversary of Quitting My Job 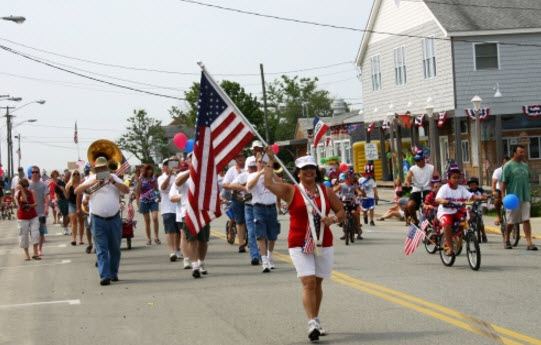 Yesterday was the 1 year anniversary of when I put in my 2 weeks notice to a place that was on par with Brokedown Palace. I spent exactly 365 days in that hell hole and the only good that came from it was an unpublished book that I hope to publish one day called “Not A Good Fit”. If you’ll recall, it is a Southwestern store dedicated to all things cowboy and horse. I was the boot Buyer for the .com segment and the brick and mortar store. Because I was scared of posting the below on my blog before an official job offer last year, my friend over at Ben’s Bitter Blog allowed me to guest post. I encourage you guys to go check him out for all the bitterness you will ever need!

A year has gone by and you know what? I think I’m ready to post this on my blog. I love this post as it displays the ridiculousness that occurs in my head on a daily basis. So folks, here was the post from a little over a year ago, just before turning in my 2 weeks notice…….

How I Plan To Quit My Job

Thanks to my current job, over the past year, my blood pressure has increased to the point it is now at a dangerous level. Sadly, I filled a prescription yesterday for a high blood pressure medicine. I didn’t want to fill it yet family implored me to do so then spouted stories of how they ended up in the ER and blah, blah, blah. At 39, I did not see this coming in any way, shape or form.
In addition, because my boss has proved over the course of 11 months she has the leadership skills of a Chihuahua, all I can do is hope that I can get out of there.
Let me expand on this point for a moment. I have not had this sort of anxiety since I was 9, attending Catholic school where the nun would mentally abuse me and several other “weak” children calling us names over and over again. I’m sure she has found a comfy place in hell. Ironic, yes?
So today I got a call from an angel (recruiter), who couldn’t understand why no one had called me yet (Right? I know!). We had met with her last week and she let me know of a position that has become available. I would shovel snail terds for $4.63 an hour at this point, just to get out of my current situation.

About 8 months ago I began to laugh for no apparent reason. My youngest looked at me as if I had just sneezed a booger on his head. This is a common occurrence because you see absolutely nothing to laugh about. I however have a complete scene occurring in my head. Tonight, I will share that scene with you.
Basically, I want to organize a parade for my quitting. I want to offer anyone and everyone the opportunity to enter a float into my “I Quit This Bitch” parade. That is the theme. My hope is that all entries will throw lots of candy to children on the parade route I plan on mapping during my 2 week notice.
I even hope for all the churches trying to increase attendance by marching in the parade and offering things like bottled water, blizzards and baby bunnies; just to get you to join. I always look forward to the church folk as they ALWAYS have the best loot to pass out. I’m not above throwing my 7 year old in their path and yelling “I want a king size kit kat! Make-it-happen!”
I promised the job of grand marshal to my husband. I’m super sorry if you were considering it but I do have to give it to those who are near and dear. It was stipulated though that he MUST twirl a baton. I need to get my money’s worth and this will be a deal breaker should he not comply.
I am really hoping for Boy Scout floats. Why? They seem to ALWAYS throw candy to anyone and everyone. Seeing that we will be in the ghetto for part of the time, this will prove effective as many bums will be able to eat lunch that day. Sure, it will be 4 to 5 tootsie rolls, huba bubba or a combo of both but beggars can’t be choosers, right?
I want to be on the last float. I want to have on a red (don’t know why it has to be red, it just does) tap dance/ recital costume. My hair needs to be bigger than Texas and I need to be wearing white boots. Just a cliché, horrible, parade queen, debutante, whatever you want to call it.
Once my float is roughly 15’ past the horse that proudly hangs 20’ in the air in front of my companies store, you will hear unassuming fireworks pop. Simultaneously, a white banner will then unravel on the side of my float- facing my former employer. The banner will say “I QUIT THIS BITCH!” While this is all occurring, I will be performing a tap dance, I never learned in dance school and without any music. I am debating a baton for myself. Too much?
20 seconds later (and I expect absolutely no fan fair, and that is ok) the inertia of my float will make me jerk slightly away from the pull. I will sit down on a bundle of hay in my red leotard, grinning smugly back at the place that was my hell for the past 12 months.
Share the laughs with friends!
hrhumoroffice humoroffice spacethe officeworkplace