10 Ways to Be a Decent Human Being While Driving 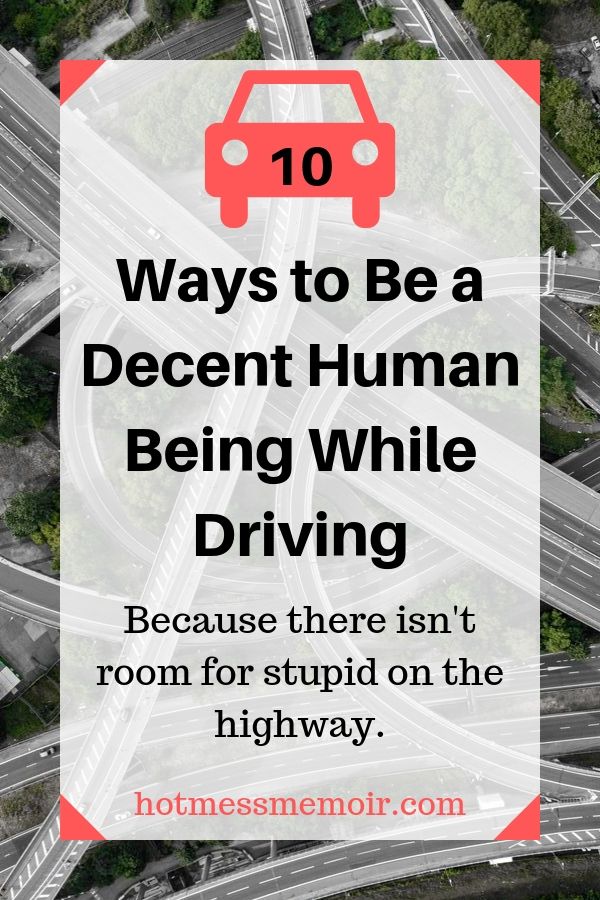 I am over my commute. I’m sure I’ll say it 50 million more times but until then, today is the day I’m done with my commute. I have a 31-mile drive but because our state transportation department is run by ferrets, it’s a 50-minute drive each way. Now I’ve done several how to be a decent human being posts such as with texting. I’ve also done ones for in the restroom and at the grocery store. Why I’ve never done one for being a driver is beyond me. Enjoy!

10 Ways to Be a Decent Human Being While Driving

What did I miss you guys? You gotta have something I missed. Add it to the comments so I can kick myself for missing it!

P.S. As some of you have read in It’s All Fun and Games Till Your Father is the Ghost, I’ve decided to go into my father’s old restaurant this evening with the paranormal experts for a second investigation. It will be tonight, 11:30 p.m. EST. on Facebook live. Please join my sister and me as we attempt to make sense of all of this!