The Problems With Ghost Hunting Shows 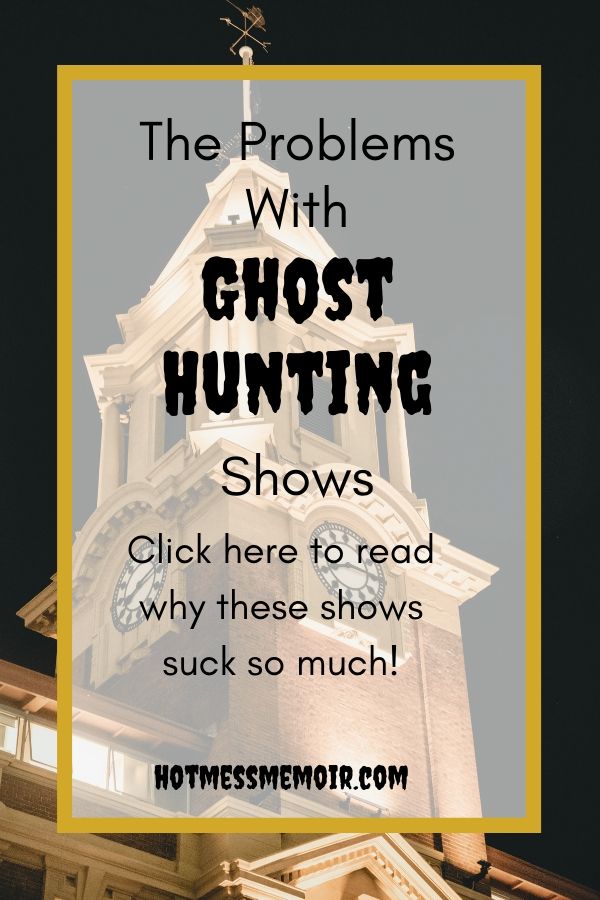 As I sit here watching yet another ghost hunting show with my 10-year-old, I’m reminded how lame they are. Every single time we watch one I think, ‘Yes! This time is going to be different. This time, we’re gonna see a ghost!’

But alas, nothing. Like sweet and sour chicken at all Chinese restaurants, it’s all the same with the usual stereotypes of a “haunted house”. You know what I want to see? I wanna see a full-blown ghost sit down and have a conversation with a ghost hunter. Like a Q. & A. session if you will. Next, I want to see shit move across the room. I want even big things like a California king mattress thrown across the room. Even then, I’d probably still call bullshit.

I just wish they’d come up with something better. So I thought we’d go through the top 10 stereotypical events on all ghost hunting shows that leave us saying “been there, done that.” 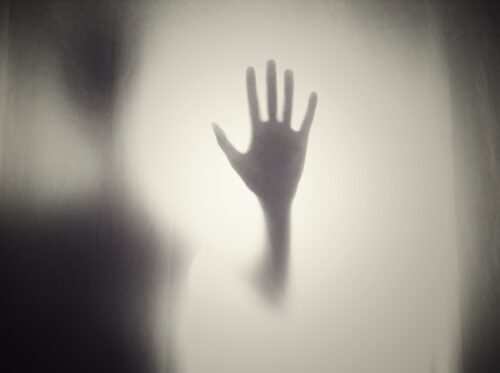 All ghost hunting shows happen in either a hotel, prison, mansion, insane asylum or school. Although, I did see one they did in Walmart but let’s be real, it’s not a stretch to be scared at any Walmart location. I want to see ghost hunters in say…..an Applebees or McDonalds.

We have to rely on the ghost hunter’s acting abilities, and that’s a stretch. Suddenly they turn into QVC hosts, over-describing shit. They talk about how cold specific areas of the room are. Yet another example of a haunted cliche.

As the audience, you have no idea what’s going on. For all you know, these ass holes are just standing around in their “merch” sweatshirts, while donning night vision goggles. Then the conversation/scene usually goes something like this:

“Woah, what was that?” Ghost hunter jumps.

“Oh my God! Oh my God!” A friend says, backing away from a determined location. This is usually when screechy horror music plays and they cut to commercial.

My son wants an ouija board and although I said I don’t believe in the ouija board, I don’t want to take the chance of bringing something that shouldn’t be here, here. So just in case, he won’t be getting one. That being said, when you see the ghost hunters move the thingy (sorry, I don’t know what it’s called), you know they’re doing it together. I know because my grandma had an ouija board and we did the same damn thing.

Someone Always Feels a Tap

Yes, this kind of goes hand in hand with flipping out. They always feel a tap on the shoulder or something brush by. You wanna know what I want to see? I want one of those f’ing ghosts to throat punch one of the ghost hunters. Hell, I’d even take a strong slap across the face, just for shits and giggles.

When children laugh in real life, unless they’re annoying AF, it’s enduring. But how come on ghost hunting shows, it’s freaky AF? Again, you’re expecting 2 creepy twins to be right around the corner and big shock, they aren’t.

Why when somethings blurry on their camera, they instantly claim it’s an orb? No Karen, it’s simply the mild sauce from Taco Bell you accidentally got on your phone. Do they think it’s believable if they suddenly have “orbs” in all pictures?

Recordings of a Voice

Have you legit, ever been able to understand the voices ghost hunters claim they’ve recorded? And when they play it back, there’s always a subtitle on the screen that I think tricks your brain into believing it’s an actual word. Like they’ll play it the first time and it just sounds like white noise. Then they’ll add the subtitle “Farts” and your like, “ohhhh….I did hear that!”

That One Creepy Room

There’s always that one creepy room that is the climax of the episode. Obviously, the only story behind it is that someone died there. For 45 minutes our anticipation builds that shit’s ’bout to go down and I might finally get to see that California king mattress, fly across the room. After the music and everything I mentioned above happens, nothing. ABSOLUTELY NOTHING.

The episode usually concludes with a deflated but optimistic host, recapping all the lame excuses for ghost sightings. You want to say, “yeah, thanks for nothing ass hole.” And you vow never to watch again but we all know, we’ll be back.

Do you guys believe in ghosts? Have you seen a ghost? Do you ever watch these shows? I want to hear from you in the comments!