Bathing Suits at the Public Pool 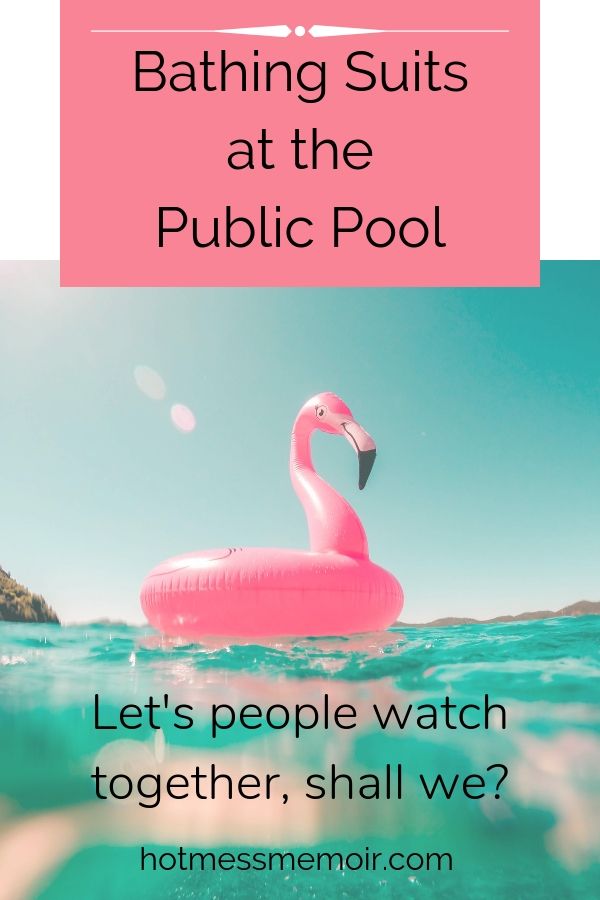 I’ve been to the public pool with my youngest and his friend twice in a week and I can say, I don’t like it. This wouldn’t be the first time I’ve written about how I’m not a big fan anymore of the pool. What was my summer routine while growing up, is now a chore. Full disclosure, this post is going to be very curmudgeon and snobby and you know what trolls, I don’t care. We need to talk about the public pool.

First of all, they should not charge me $10 just to get in to watch my son and his friend. I showed them my laptop and I was dressed in jeans and a shirt, yet the teacher on duty insisted she had to charge me $10. Thank you for charging me to watch my child.

Next, let’s talk about the bathing suits or lack thereof. I know that I am a very pale, very soft individual. This is why I don’t wear Sports Illustrated bikini sets. Hell, I wear a modest bikini with my cover-up on, the entire time. I do this for the consideration/respect of your eyes. Meanwhile, you have grandmas who don’t give two-shits and haven’t shaved since 2001, walkin’ around with their untrimmed bushes. 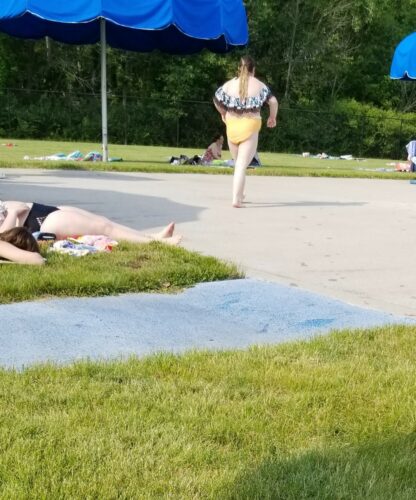 I am all about loving your body but when you show up with a bikini top and your underwear, that’s when I have a problem. The chic on the left, showed up in her underwear. WTF?

I honestly think that no matter your body, you need to find a suit that suits you. I saw a woman today in a beautiful plus-size bikini. It had ruffles on the top and stripes on the bottom. It was classy and her tits and ass weren’t falling out.

WT at the Pool

I forgot about the people watching at the pool. For the last few years, when we couldn’t dodge the pool, we would go over to a family friend’s pool. I’ve secretly missed the past time of watching folks. I just sit there in awe that many of them walked out of the house thinking ‘I look good’ or ‘this is completely acceptable to wear in public’.

In fact, this little gem of a grandmother walked by me, holding her toddler

grandson’s hand while barking, “shut up” at him. In my book, though you want to tell a kid to shut up, you don’t. You tell them to be quiet but you don’t yell shut up. Classy lady.

The other thing I cannot stand is when people bring their kids to a public pool and expect everyone else to watch them. Case in point, I wanted to slap the kids next to us. They wouldn’t go around our beach towels, they simply walked on them. After doing this three times, I vowed to call them out next time but it never came.

Then you have the families that bring enough shit, you’d think they’re going camping. There’s at least one wagon with chairs, maybe even a pop-up tent. A gigantic cooler with enough food for a 4th of July barbeque and two beach bags full of fattening, junky snacks. Normally, these ass holes sit right next to us and over the next few hours, slowly creep into your territory. Maybe it’s an Uncrustable wrapper that blows over or the kids kick off their Crocs, onto your towel but when it’s all said and done, it’s as if you’ve become part of their caravan.

Am I just being a curmudgeon here? Are you guys annoyed like I am? This is yet another example of some people’s clueless, oblivious regard to people around them.