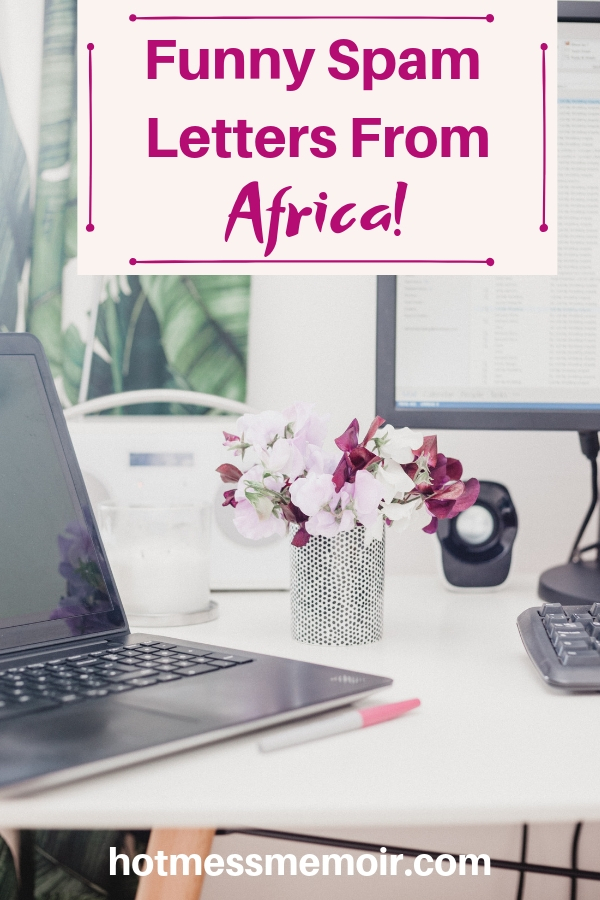 I’ve been known to have my fun with con artists, especially the ones that attempt to take advantage of me. Let’s see, there was the guy that stole my identity in 2012. He was a con artist in Hanoi that used my debit card (figures, the one time I actually had a substantial amount of money in there) and bought websites. I strongly believe that everyone leaves breadcrumbs and he was no different. I used those breadcrumbs to hunt him down.

Then there was the Craig’s List ass hole that didn’t want to see my son’s bunk bed. He just wanted to send me a check?? I still don’t understand how the scam worked but I had my fun. At one point, I convinced him my Chihuahua was a cat and she was included in the purchase price of the bed.

So it brings me great delight to find these little nuggets in my inbox at work. I printed one of them off and even read them for my coworkers. Who is stupid enough to A. open these spam letters? B. Think it’s legit? C. Actually respond? Who? I mean, it goes beyond the saying, “if it’s too good to be true, it is”. It’s just common sense. For one, it ended in your spam folder for a reason. I don’t actually open them but screen shot them. My favorite is when they claim to be an American citizen but has the vocabulary that was on par with my middle school French class.

And so, I present to you my recent spam letters!*

*(Side note, every time you read UNITED BANK OF AFRICA, say it in a super-robotic voice. It makes it funnier!) 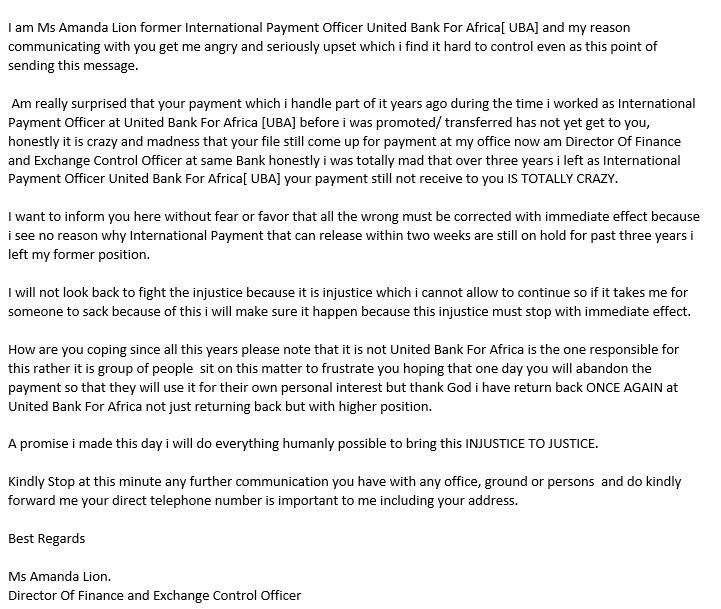 Spam Letter #2 The Barrister, Not the Barista

Don’t do what I do and think this person was referring to a barista. We aren’t at Starbucks. I had to Google it but apparently a Barrister is a Lawyer. Again, if this was a Floridian woman, I can promise you she would have used either Lawyer or Attorney. We don’t use Barrister in the states. 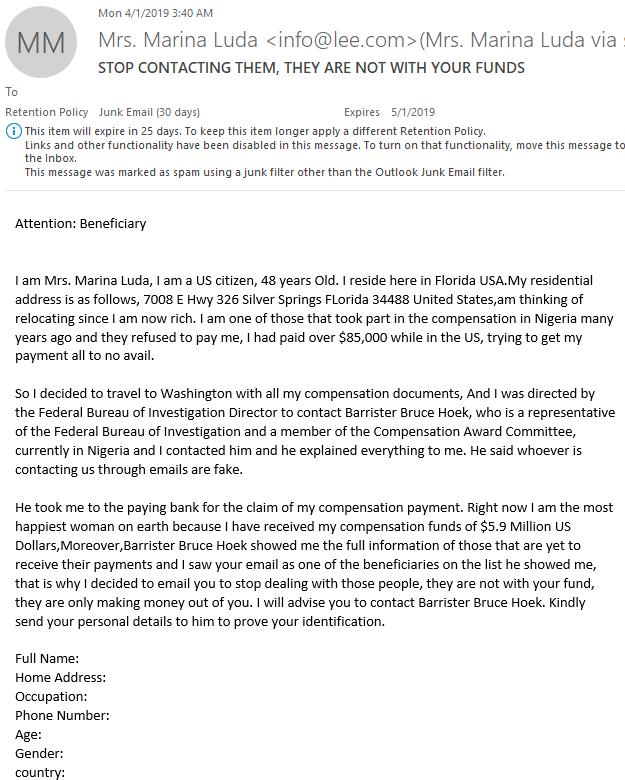 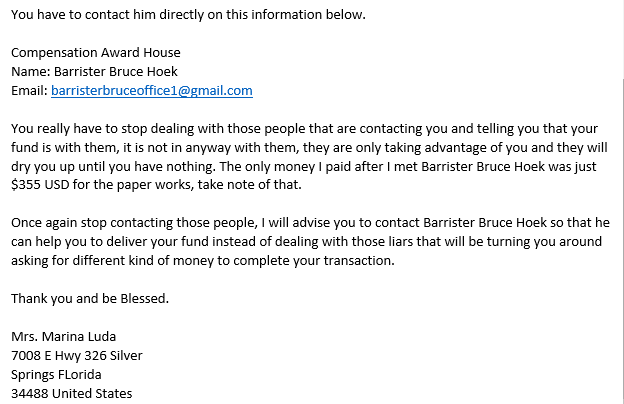 Yes, just give good ole’ Marina all your info. This is totally legit. 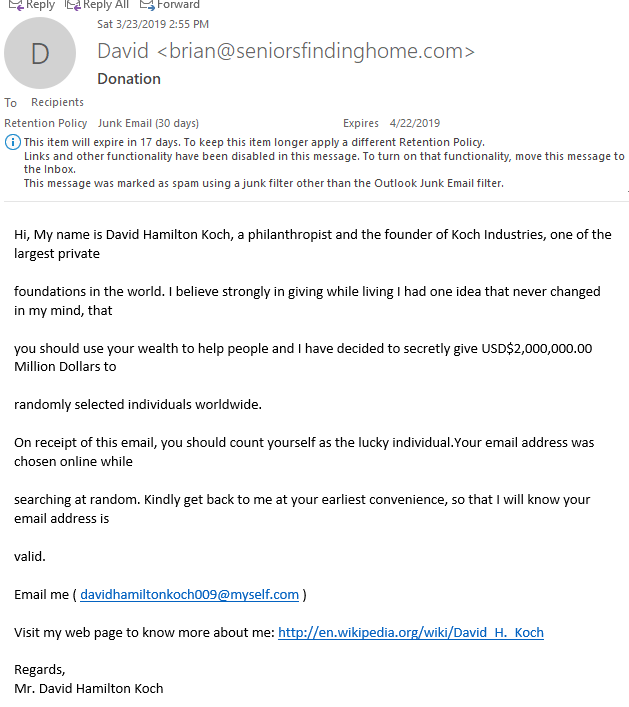 Ok, I haven’t rubbed elbows with enough rich people to know who’s a philanthropist and who isn’t but my guess is they don’t walk around announcing, “Hi! I’m a philanthropist!” And second, philanthropists don’t run around, acting like the lottery fairy, giving away $2,000,000 to random people. What if that random person turns out to be Warren Buffet? Scam!

Did you love these? I did! My only hope is that no one falls for them! I will tell you I’m working on a way to securely respond to these spam emails, to jack around with them. My goal is to get their hopes up, get them overly flustered then they give up.