To Catch a Predator- A Look Back 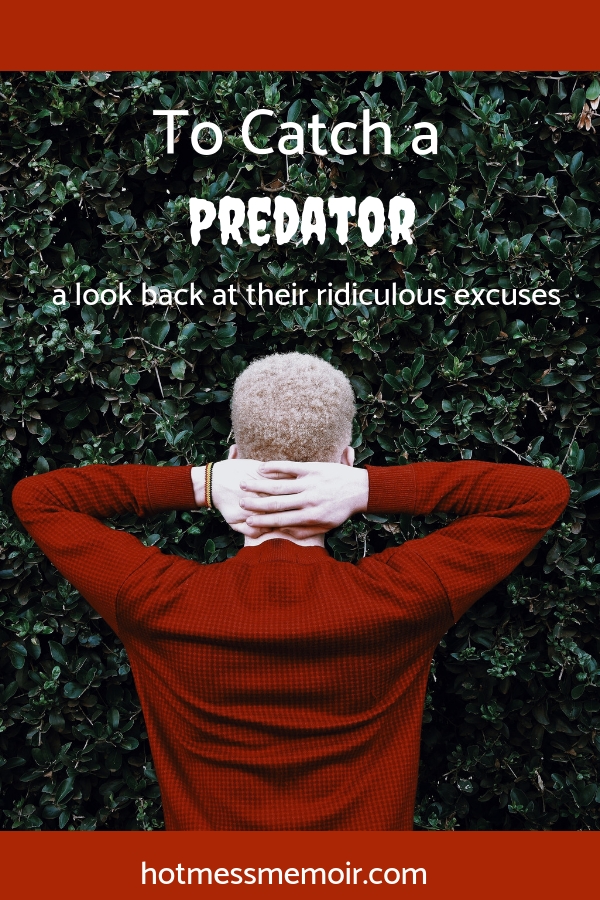 For anyone that hasn’t seen To Catch a Predator, it was a show on Dateline NBC and ran from 2004-2007. Chris Hanson (the journalist) and team would lure male predators in by impersonating a young girl or boy (usually around 13-years-old) over the internet. After online communication, the decoy (a very young-looking adult), would agree to meet the perv. When perv walked into the house and got comfortable, that’s when Hanson would walk in, to confront these guys.

Just like the thugs on Cops who would announce that the crack pipe found in their glove compartment wasn’t their’s, I would always get a kick out of the hilarious excuses these guys had for meeting the children. I don’t necessarily think they thought anyone would believe their excuses, they just knew they were in trouble and came up with the first lame excuse that entered their heads.

Best Lines Ever From To Catch a Predator

I think the best part of every show, was how Chris Hanson would waltz into the room that the pervert was waiting in. I don’t even think he meant to be sarcastic or funny but to me, his comebacks were priceless. He never seemed to raise his voice but treated the exchange as if it were an actual interview.

Here’s how a typical scene would play out:

Decoy, walking out of the kitchen that the perv just entered: “Yeah, I just made some tea. It’s on the island. I need to use the restroom and I’ll be right back.”

Perv sits down at island, anticipating the evening. Maybe he brought some wine coolers or a 6-pack.

In walks Chris Hanson almost with a bounce in his step, holding file folders. As he walks in, he usually references the communication between the decoy and the pervert.

“So you were going to buy her lingerie then fist her?”

“But you said you would buy her lingerie too?” Chris asks speculatively.

And this exchange would go on for several minutes until Chris would tell him he was free to leave, only to be thrown on the ground by the police seconds later.

Have you guys seen this show? If not, you can a few clips here.