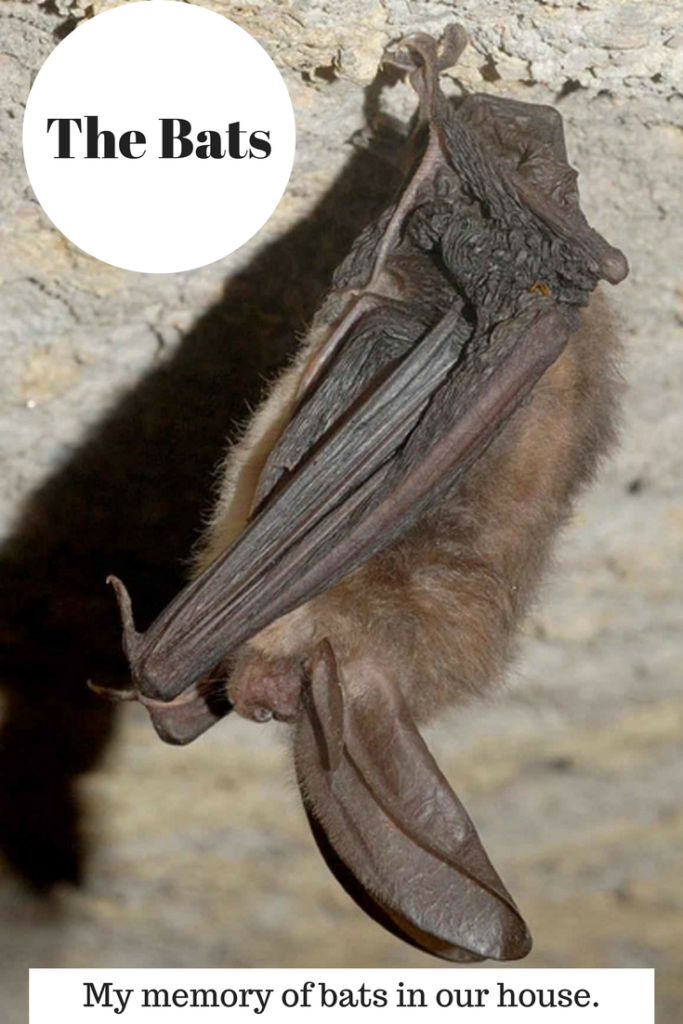 When I was growing up, we would get a bat in our house annually each summer. Someway, some how, these ass holes always showed up and wreaked havoc on our family every summer. Here is my childhood home. Built in 1920, it had 4 bedrooms, 1.5 baths and a chimney bats flocked to like it was the hottest club in central Ohio. 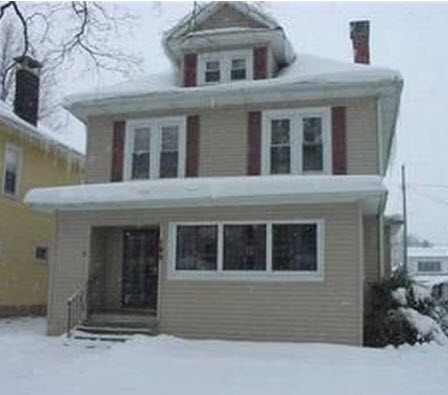 So you know how you have memories and they are like scraps of fabric? At one point, they may have been part of a yard of fabric or even a garment, but now they are nothing more than a square? Those scraps of fabric can be pieced together to make a beautiful quilt or essentially your memory. Here are my scraps…..

My mother told my sisters and I the story the next day of the bat that was in our home the night before. Apparently, my dad went to the bathroom in the middle of the night. When he went to wash his hands (I would never wash my hands in the middle of the night, for real), he found my toddler sister’s toy in the sink. You know all the toys kids have in the tub, your just trying to air dry to avoid mildew and grossness.

When he went to move the toy, it fluttered. This was not unlike her toys as some had little wind up flippers that still had a little juice in them. When it flew, that is when I’m guessing he lost his shit and realized this was know little mermaid but a potential rabid animal. I can’t remember how he killed it but he did.

When my middle sister G and I realized there was a bat in the house, we took refuge together in the guest room. Despite locking the door (because apparently bats have hands), and covering the vent underneath the door with a sweater, we buried ourselves under the covers of the bed.

Now I want to put this in perspective. We fought ALL THE TIME. Like I don’t know how we didn’t make our mom bat shit crazy (no pun intended) because everything was a fight. I remember a time when I was hitting G with the landline phone. The more she giggled, the more I hit her. I hated her and she hated me.

But we were at the end of the line. We were going to be killed by the bat and like the senior couple that spooned each other during their last moments on the Titanic, we hugged each other and said our good-byes. We told each other how much we loved each other before the rabid bat surely bit us with a deadly bite.

Would You Just Die

Apparently bats are hard to kill. Our mom told us the story of what it took to kill a bat in our house. After being shewed down with a tennis racket by my dad, he hit it and hit it over again, thinking it would die. It didn’t.

Next, after gathering the still live bat into a money bag from the family restaurant, he rummaged through the liquor cabinet for an ice pick. He then stabbed the bag over and over again. And yet that mother fucker still moved, taunting my dad,

I’m sure my dad was pissed by now. He never really got pissed and if he did, we girls didn’t see it. He was extremely even keeled. Occasionally he would laugh a creepy laugh like, “you fucked with the wrong person.”

After the racket and the ice pick didn’t work, he took the bank bag out and laid it on Jefferson Road. He then got into our grey conversion van turned the key and moved forward, over the bag, then he reversed. He then drove forward, then reversed. Over and over again. Eventually the damn thing died. That bat may have had perseverance but I can assure you, my father’s was greater.

So were we just savages? Did any of you have bats in the house? I think if that happened now, I would just move.