Hot Mess Vs. The Hoarder 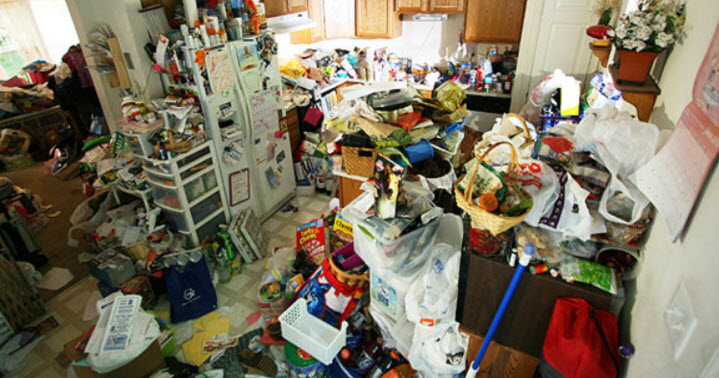 Do you guys know the show Hoarders? Where a gray-haired woman is defending why she has 3 frozen parakeets in her freezer. Or a balding man insists on keeping every JC Penny catalog since 1987?

Why? My 8-year-old son’s room is a nightmare. And it’s not some large room, maybe 19’x15’. On any given day, I’ll find empty Capr suns, a half eaten bag of Doritos and a plate of crumbs.

Once, when I smelled urine in his room, I searched for the guilty artifact. When I opened his closet, something with a glare, caught my eye in the corner. I bent down and pulled it out. It was a Carlos Rossi wine bottle….half filled with urine. When I asked him what the deal was, he said the sound of the toilet scared him. I told him that going forward, if he was scared, to tell me and I would go to the potty with him.

So let’s talk about the bears. C is not willing to give up the bears. Is 8 (almost 9) too old for bears? I don’t know. When I traveled for work, I would visit every Build a Bear and work with the creepy perve, dragging a stuffed horse on roller skates, behind him, to make a bear for my son. My son acquired so many bears that my 12-year-old, P, made him a sign to hang on his door that said:

Unfortunately over the past year, every time I suggest packing away the bears or giving them to a charity, C looks at me as if I’ve asked for a kidney. Occasionally when he does relinquish a bear, he’ll hand me 1 beanie baby to throw out.

This is when I begin to turn into my parents and begin to think about drives to the country, with the bears. Like my cats that walked this road 20 years ago, I feel it’s time for the bears to do so too.

I have visions of buckling all of them in my car and taking that ride. I would look in the backseat to find this: 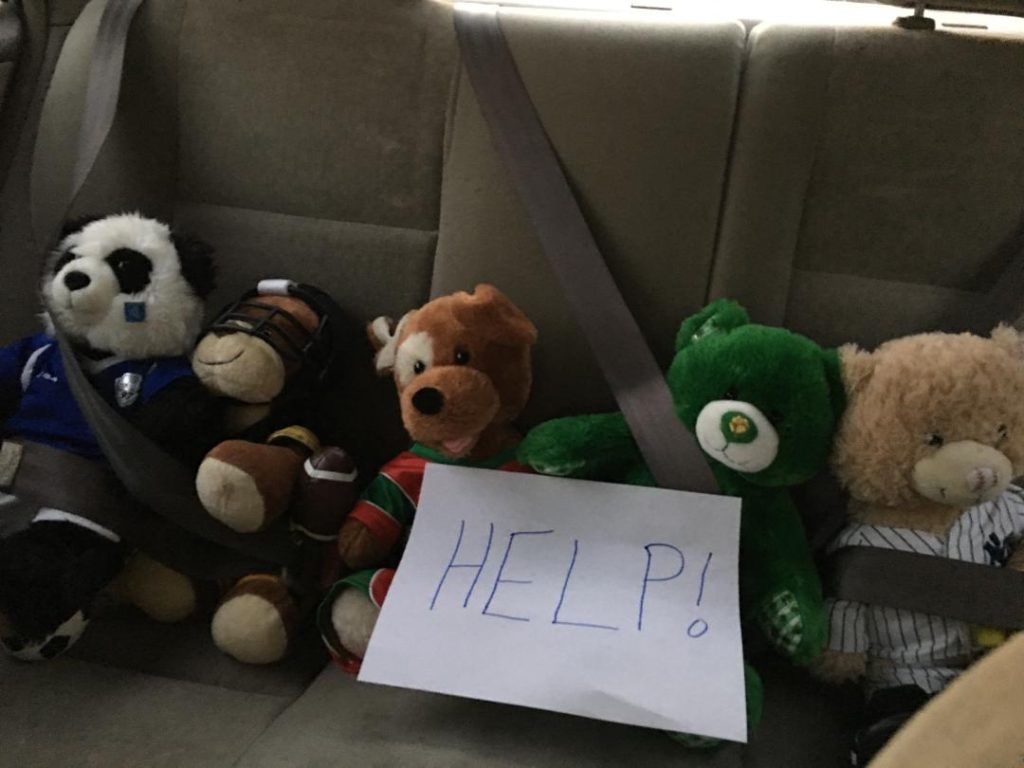 “Bears, let’s just go for a little ride in the country,” I would hear myself say.

On a country road several miles from town, I would set them all under a tree so they don’t get sun burnt, hand each one of them a bindle, and bid them adieu.

THE END. NO MORE BEARS.

Yesterday when C was at a friend’s house, I yelled for P to follow me up to C’s room. I explained the blog post idea and said, “grab the bears!” We each grabbed 3-4 bears and headed out to the car. I don’t want to know what my neighbors were thinking as they saw us not only come out with a ton of bears but buckle them in to the backseat, photograph them and then take them back into the house. Shit, we are probably the “weird neighbors” now.